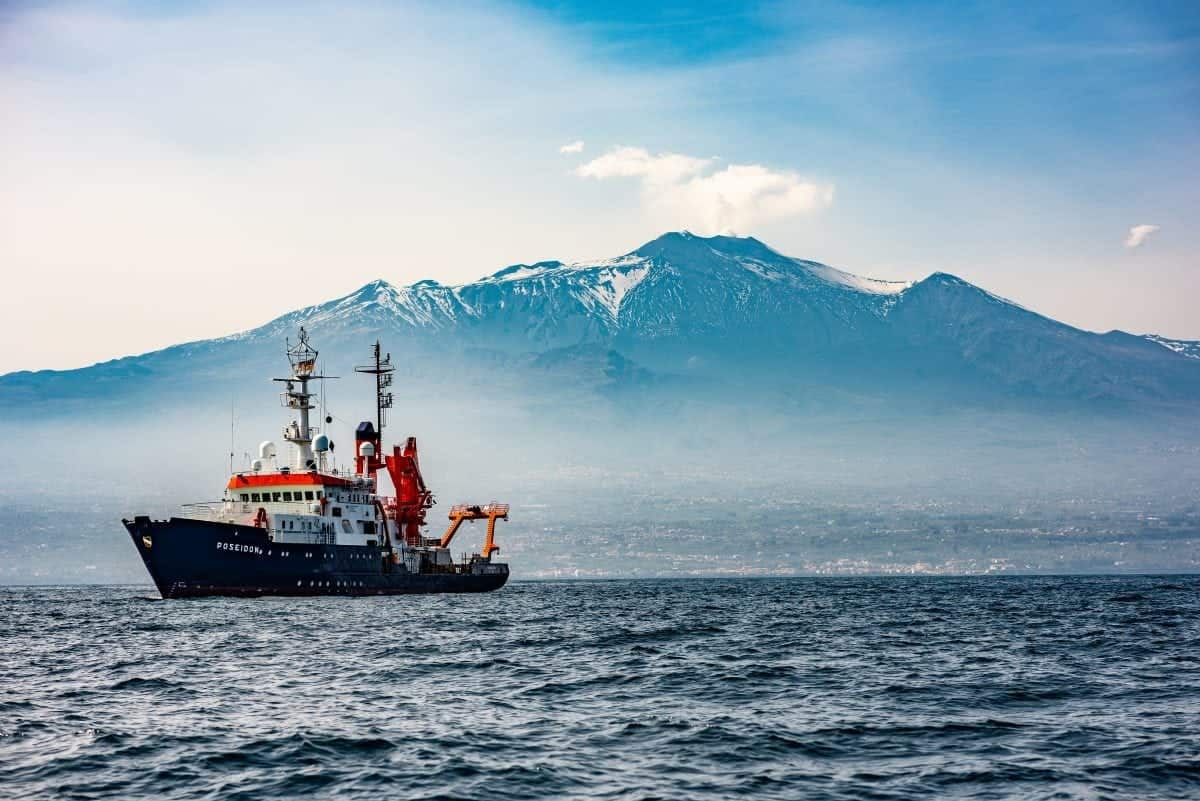 Iconic volcano Mount Etna is slowly sliding into the sea and when it goes it could trigger a tsunami, warns new research.

Europe’s most famous volcano was already known to be edging slowly towards the Mediterranean.

But a new analysis shows the movement is mainly being driven by it collapsing under its own weight – a phenomenon known as “gravitational instability”.

This has caused one of the sides of the notorious mountain on the east coast of Sicily to weaken, increasing the risk of a devastating tidal wave.

Previously it had been commonly assumed the lava bubbling inside was the root cause.

Dr Morelia Urlaub, of the Helmholtz Centre for Ocean Research in Germany, said: “This movement is important to study as it could lead to a catastrophic collapse of the volcano. 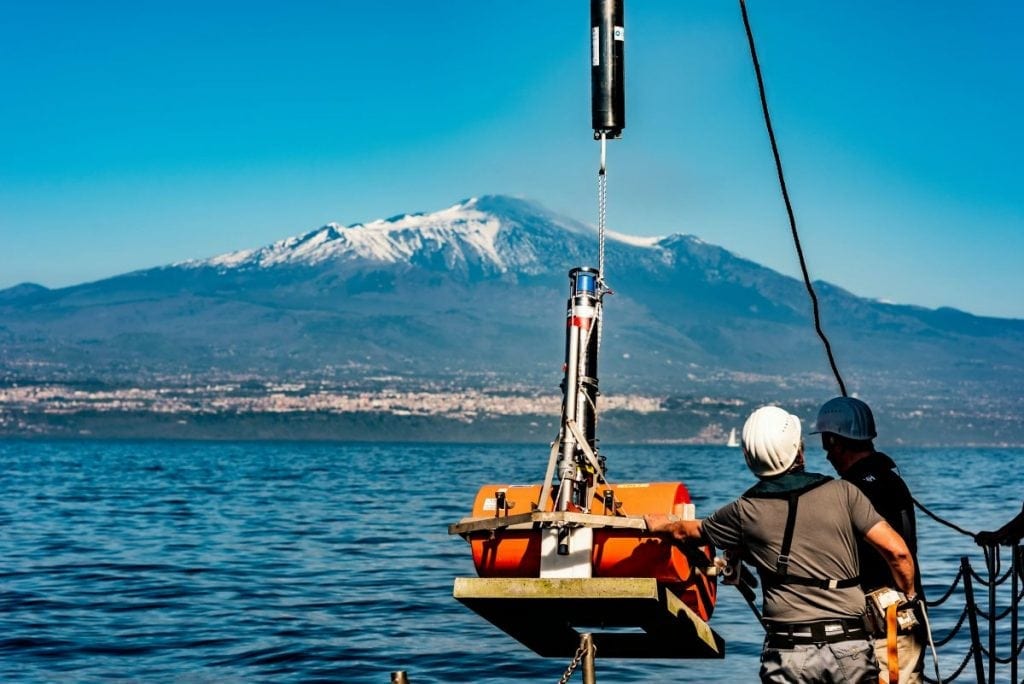 “The results of this study suggest Etna’s flank movement in fact poses a greater hazard than previously thought.”

The findings published in the journal Science Advances is based on the first such offshore movement monitoring of the volcano.

Unstable flanks, or sides of a volcano, pose a notable threat to societies when in or near water.

Dr Urlaub said a collapse “could lead to a tsunami”.

She said: “Mount Etna is a really big volcano, more than 3,300 metres, and the lava is making it grow bigger all the time.

“So its own weight is causing the flanks to spread outwards into all directions and this is what we mean with gravitational instability.”

She said a large portion of the south eastern side of Mount Etna is “continuously slipping into the sea.”

Previous studies have suggested this is due to it being pushed laterally by rising magma.

But the definitive cause had been a mystery as geological processes that occur beneath the seabed are hard to study.

So From April 2016 to July 2017, Dr Urlaub and colleagues set up a system to monitor displacements on both sides of the submerged southern boundary of Mount Etna.

It was based on acoustic technology that fitted sensors to underwater transponders to detect changes in sea pressure.

Dr Urlaub explained: “The principle behind the technology is really simple. We cannot use GPS or other satellite-based measurements in the ocean due to the high absorbance of electromagnetic waves in water

“So we use sound waves, which works really well in water. We placed a network of five transponders on the seafloor and they were sending acoustic signals to each other.

“Because we know the speed of sound in water, we can convert the time-of-flight of the acoustic signal between transponders into distances.

“When the distances between the transponder change, then the seafloor has moved.” 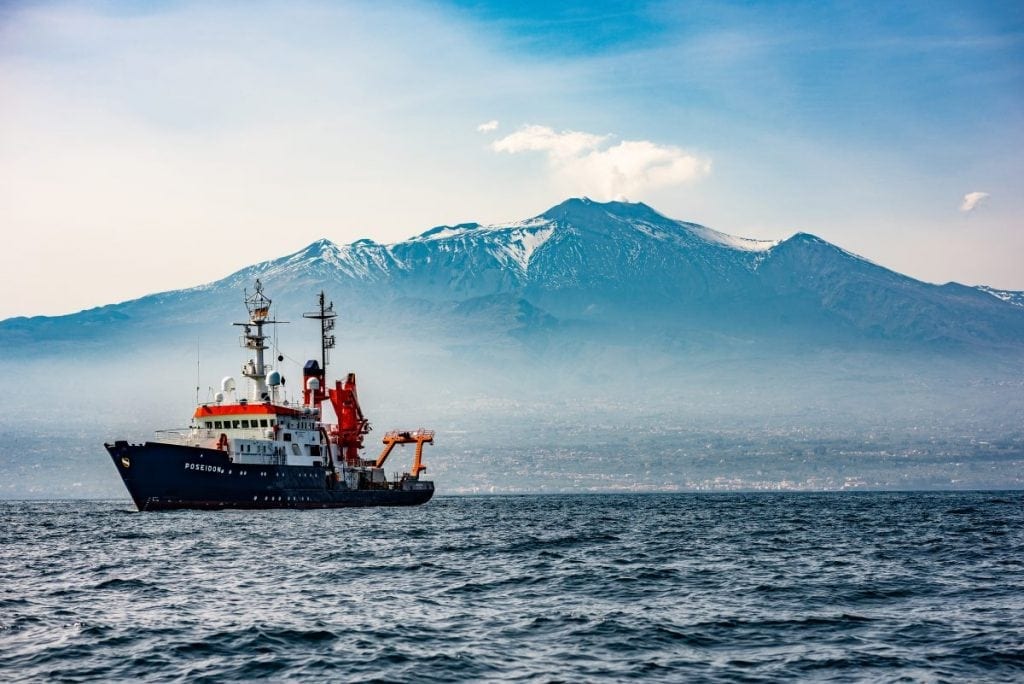 The devices recorded increases in pressure indicative of movement of the unstable flank – relative to its more stable surroundings.

Notably, a change in distances of a few centimetres occurred between May 12 and 22 last year.

This observation corresponded with a geological phenomenon called an aseismic fault motion in the region.

This is a shift that happens in the absence of an earthquake – and lasted for eight days.

Dr Urlaub said it shows the movement of the offshore volcanic flank is episodic – as opposed to being a seismic rupture.

The deformation increased away from the magmatic system, suggesting the bulk of Mount Etna’s continuous deformation is being driven by gravity.

Sicily is home to more than five million people – making it one of the most densely populated islands in the Mediterranean.

Dr Urlaub said there are no signs they are under immediate threat but volcanoes can “collapse catastrophically” – as has happened around Hawaii and the Canary Islands.

She said: “So Etna’s sliding flank could maybe lead to collapse, but if that happens on human timescales? We don’t know.

“But it is important to be aware of this potential danger so that we can keep an eye on the flank movements.”

She said the analysis implies a “greater hazard for flank col­lapse than previously assumed.”

Dr Urlaub said: “Volcanoes, including those in Hawaii, the Canary Islands, and La Reunion are potentially liable to collapse.”

But seabed analyses are needed to obtain a “comprehensive view of the dynamics and constrain the hazard,” she said.

Earlier this year a UK study by the Open University found Mount Etna edging in the direction of the Mediterranean at a rate of 14mm per year.

They said the situation will need careful monitoring because it may lead to increased hazards at Etna in the future.

Geological investigations elsewhere in the world have shown extinct volcanoes that display this kind of trend can suffer catastrophic failures on their leading flank as they drift downslope.

Stresses can build up that lead eventually to devastating landslides. But such behaviour is very rare and can take many centuries, even thousands of years, to develop to a critical stage.