“The weirdness of the inconsistency is that the regulations did not really allow for different individuals to attend a gathering for different purposes." 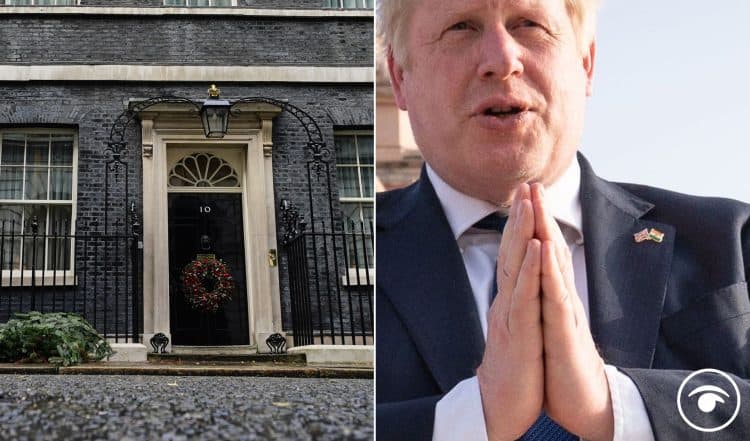 Scotland Yard is facing demands to prevent people being left “in the dark” by explaining why Boris Johnson escaped its partygate investigation with only one fine.

The Prime Minister was told he faces no further action when the Metropolitan Police closed its inquiry after issuing 126 fines for lockdown breaches in Downing Street and Whitehall.

But there were calls for clarity after Mr Johnson received just the one fixed penalty notice despite being believed to have been present at multiple rule-breaking events.

It comes as a legal expert has called the decision ‘odd.’

“I would be pretty peeved if I was an official who got an FPN for participating in what the Met clearly deemed to be an illegal gathering … but others who participated didn’t,” he tweeted.

Wagner also wrote he was puzzled by the “inconsistent” decision-making when it came to the four leaving drinks Boris Johnson is believed to have attended.

“The weirdness of the inconsistency is that the regulations did not really allow for different individuals to attend a gathering for different purposes,” the lawyer tweeted. “They were drafted so that *the gathering* had to be (e.g.) reasonably necessary for work.”

He added: “So for the leaving parties that the PM attended – how can one person “participate” (the wording of the regs) and get an FPN but another participates (even for a different reason) and not?”

Officials impacted by the senior civil servant’s inquiry will be contacted over the weekend and given a chance to respond, before the current draft is finalised for publication.

It was understood Mr Johnson was contacted by the team on Thursday afternoon as they run the “gist” of allegations past those involved.

Former director of public prosecutions Lord Ken Macdonald warned “it’s very difficult for us to disentangle exactly how the police investigation has proceeded and how fair it’s been”.

However, Anushka Asthana tweeted: “Have heard there may be some disagreement on whether to name anyone in Sue Gray report. Had heard that she wanted to name around 15 /20 senior officials. But sounds like some not happy about that.”

But it gets murkier, Tim Walker tweeted: “This reported in April. How could @metpoliceuk have possibly known then – ahead of their fearless and impartial investigation – Johnson would only get one fine?”

But some people wondered if this could be stitch up. In February The Mirror accused Scotland Yard of a cover-up senior officer looking into the claims is the brother of…Sajid Javid.

“Deputy Assistant Commissioner Bas Javid, sibling of Sajid Javid, is the second highest ranking officer in the department that decided not to investigate the force’s handling of the gatherings,’ the paper reported at the time.

Related: Tory MP accuses female journalist of being ‘hysterical’ and this response is amazing