"George W. Bush didn't do a Freudian slip. He did a Freudian Confession." 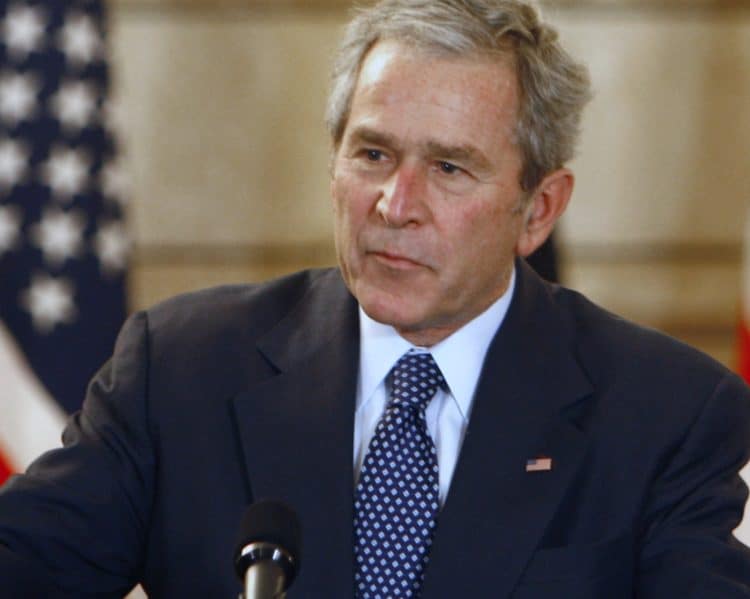 Former president George W Bush is facing criticism after describing the invasion of Iraq — which he led as commander in chief — as “brutal” and “wholly unjustified” before correcting himself to say he meant to refer to Russia’s invasion of Ukraine.

“The result is an absence of checks and balances in Russia, and the decision of one man to launch a wholly unjustified and brutal invasion of Iraq — I mean of Ukraine,” Mr Bush said during a speech at his presidential centre in Dallas.

The 75-year-old former president jokingly blamed the mistake on his age, shaking his head and correcting himself, drawing laughter from the crowd.

“Iraq, too — anyway,” he added, before moving on without explaining the Iraq reference.

But the comment, which was quickly and widely shared on social media, drew condemnation from critics pointing to Mr Bush’s decision to launch a US invasion of Iraq in 2003 after an inquiry into alleged weapons of mass destruction that were never discovered.

“If you were George W. Bush, you think you’d just steer clear of giving any speech about one man launching a wholly unjustified and brutal invasion,” former representative Justin Amash wrote on Twitter.

“I wish he would have been this honest and critical of himself 20 years, countless lives, and trillions of dollars ago,” Donald Trump Jr said in a tweet.

“George Bush is laughing in this clip because he knows he and every other Iraq War supporter were rewarded with riches and big media jobs for their work killing a million people, rather than being held accountable and shunned,” tweeted David Sirota, a former speechwriter for Vermont Senator Bernie Sanders’ presidential campaign.