A coalition has urged the Government to do more to help protect people from being ‘swept into destitution’. 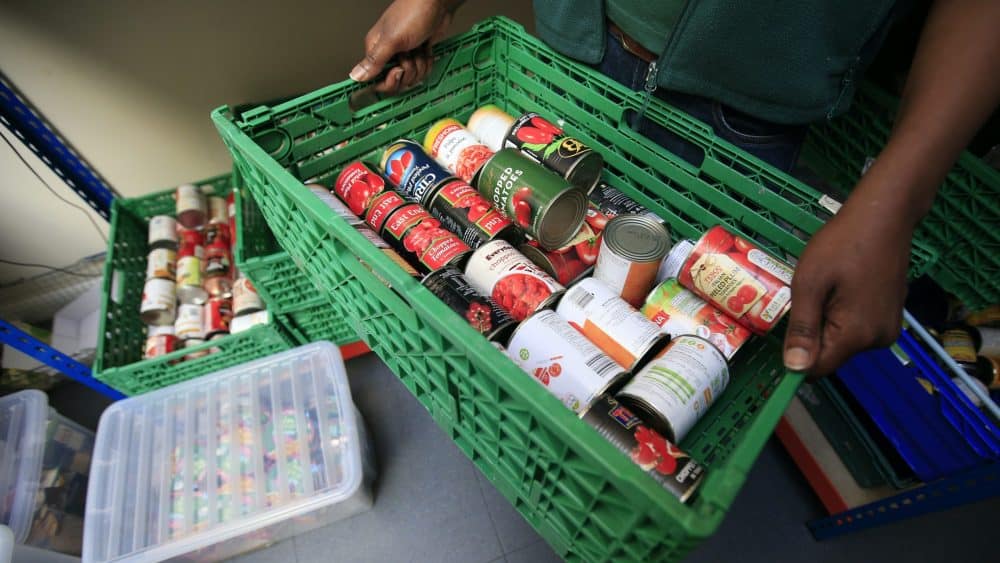 The coronavirus crisis has sparked a huge increase in people using food banks for essential supplies, according to charities.

The Trussell Trust said its network had seen its busiest-ever period, with 81 per cent more emergency food parcels being given out in the last two weeks of March.

People struggling with the amount of income they were receiving from working or benefits was the main reason for the increase, the trust said.

The Independent Food Aid Network (IFAN) also reported a record level of need, with an average 59 per cent increase from February to March – 17 times higher than this time last year.

A coalition of charities – including the Trussell Trust, IFAN, Child Poverty Action Group (CPAG), Children’s Society, Joseph Rowntree Foundation, StepChange and Turn2us – is urging the Government to do more to help protect people from being “swept into destitution” amid a huge rise in applications for Universal Credit in recent weeks.

Demand for emergency food parcels had been soaring over the past five years, with research showing that households referred to food banks are, on average, left with just £50 per week after housing costs, said the charities.

The coalition called on the Government to provide a coronavirus emergency income support scheme that helps individuals and families who are already facing or at serious risk of financial hardship.

Emma Revie, chief executive of the Trussell Trust, said: “Like a tidal wave gathering pace, an economic crisis is sweeping towards us, but we don’t all have lifeboats.

“It’s not right that this has meant some of us don’t have enough money for essentials and are being pushed to food banks.”

Sabine Goodwin, of IFAN, said: “Independent food bank teams in our network are seeing steep rises in need for emergency food parcels as the consequences of Covid-19 take hold.

“The solution is not in trying to distribute more food parcels but in providing sufficient income to the huge numbers of people impacted by this crisis and the poverty that preceded it.”

Alison Garnham, chief executive of the CPAG, said: “We need targeted support for children if we are to shield them from poverty. Raising the level of all benefits for children would be the most effective way of getting support to families quickly.”

Helen Barnard, acting director of the JRF, added: “It’s simply not right that so many more people are having to turn to food banks because they are unable to meet their basic costs.

“We all want to help each other weather this storm, but families with children are being particularly hard hit and do not have the lifeline they need to stay afloat.”

Luke Pollard, shadow secretary of state for environment, food and rural affairs, said: “There is more than enough food in our supply chains to make sure that everyone has enough to eat. This is now not a crisis of food supply, it’s a crisis of poverty. People simply do not have enough money to buy the food they need.

“The Government urgently needs to expand which shops are able to accept free school meal vouchers to include those supermarkets most present in our poorest communities.”

A Government spokesman said: “We’re committed to supporting all those affected by Covid-19 through these unprecedented times and we’ve implemented an enormous package of measures to do so, including income protection schemes and mortgage holidays.

“For those in most need, we’ve injected more than £6.5 billion into the welfare system, including an increase to Universal Credit of up to £1,040 a year. No-one has to wait five weeks for money as urgent payments are available.”