Raises the possibility the extinct species may have behaved like humans, using language and stone tools 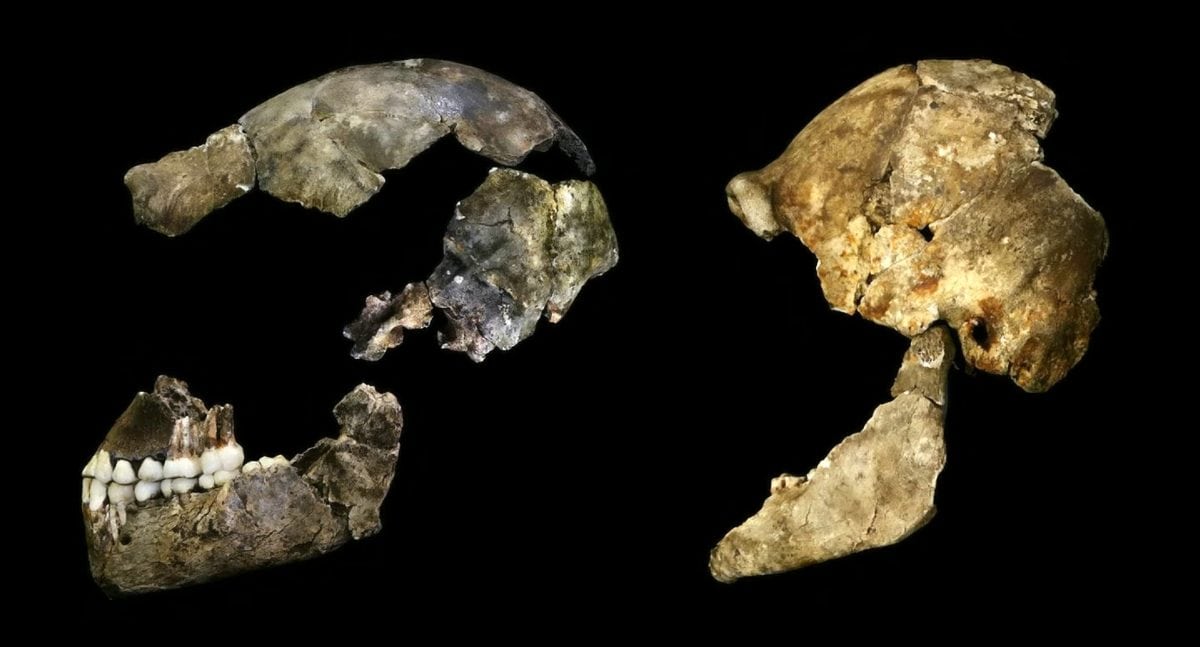 A recently discovered hominid species that existed around the time of the first ever humans might even have been able to talk, despite its tiny brain, a new study found.

Analysis of brain imprints left on skull fragments revealed the Homo naledi’s “pint-sized” brain had a similar structure to ours.

This raises the possibility the extinct species may have behaved like humans, using language and stone tools, said the study.

Researchers at the University of the Witwatersrand, South Africa, said their discovery also poses new questions as to why humans evolved such large brains.

Their paper, published today in the Proceedings of the National Academy of Sciences, said brain imprints called endocasts in Homo naledi remains showed its left frontal lobe had a similar structure to that of Homo Sapiens.

This structure is also found in other members of our genus, from Homo erectus to Homo habilis and the small-brained “hobbits”, Homo floresiensis, but not other great apes such as chimpanzees.

Co-author Shawn Hurst said: “It’s too soon to speculate about language or communication in Homo naledi but today human language relies upon this brain region.”

The discovery of Homo naledi in 2013 was one of the largest hominin finds ever made. 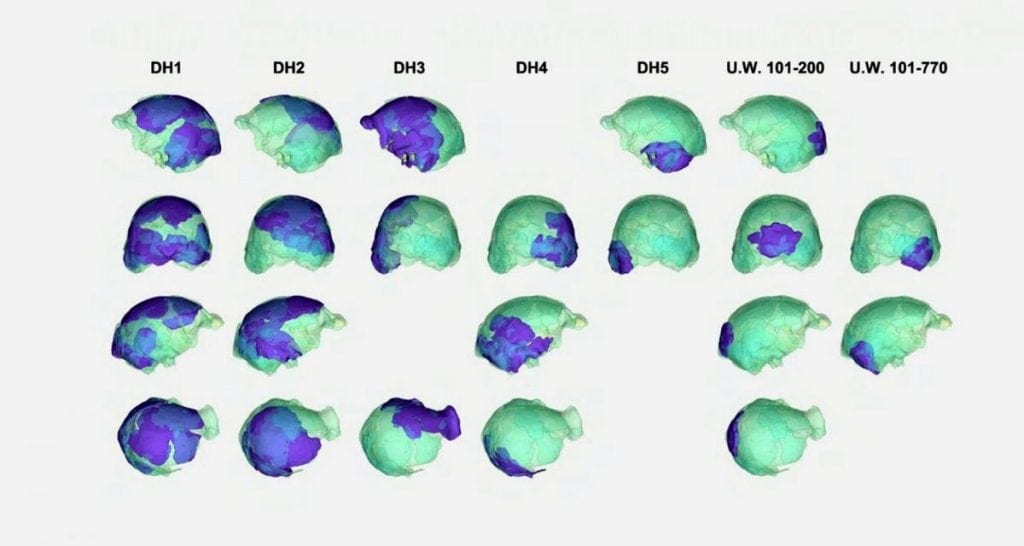 Remains of five individuals were found at the Rising Star caves in the Cradle of Human Kind and scientists were surprised by the small size of their brains.

Geologists later established that the genus existed in southern Africa between 236,000 and 335,000 years ago – potentially the same time that modern humans first emerged in Africa.

Homo sapiens are thought to have adapted to a richer hunter-gatherer diet and to having longer childhoods as they evolved larger brains.

A human-like brain organisation might mean that naledi shared some behaviours with humans such as using tools despite having a much smaller brain size, according to the study.

Co-author Professor Lee Berger said: “Archaeologists have been too quick to assume that complex stone tool industries were made by modern humans.

“With naledi being found in southern Africa, at the same time and place that the Middle Stone Age industry emerged, maybe we’ve had the story wrong the whole time.”

The researchers likened to the Homo naledi’s brain to that of human ancestor Homo habilis. 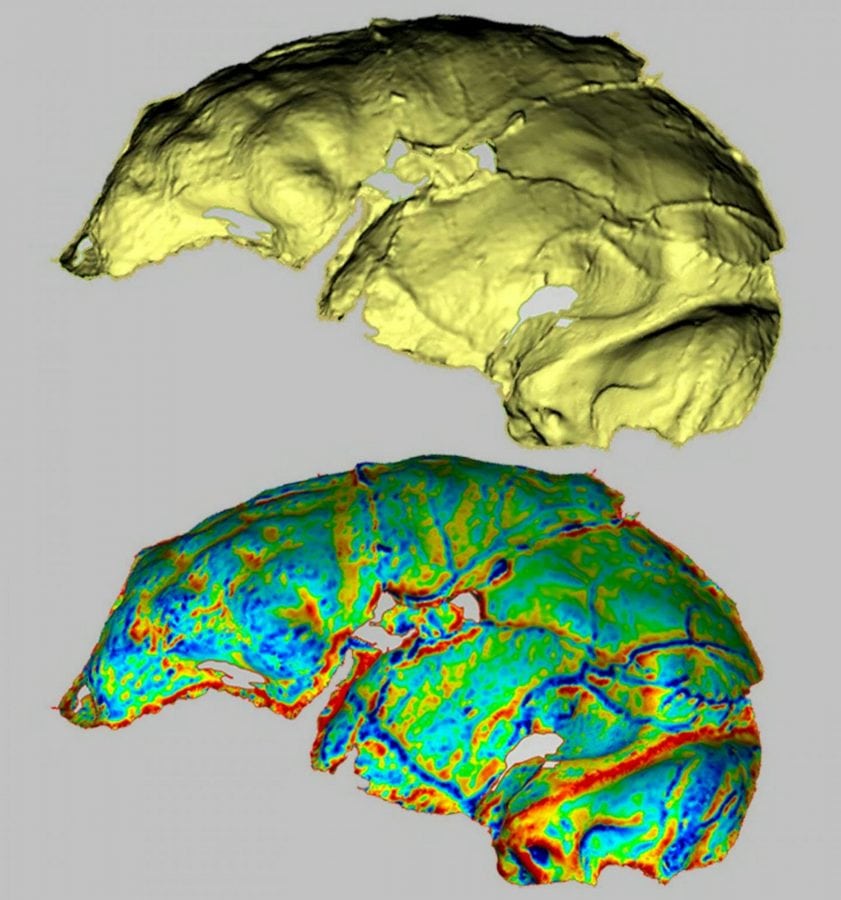 They found it had other similarities with human brains including asymmetry – where the left side is slightly ahead of the right.

Both sapiens and naledi had a smaller visual area in the back of the cortex than chimpanzees.

Co author Professor John Hawkes who was also part of the original Rising Star team who made the naledi discover said: “Naledi’s brain seems like one you might predict for Homo habilis, two million years ago.

“But habilis didn’t have such a tiny brain as naledi did.”