"If you don't go to Pret the Taliban are going to invade Basingstoke," wrote one bemused Twitter user. 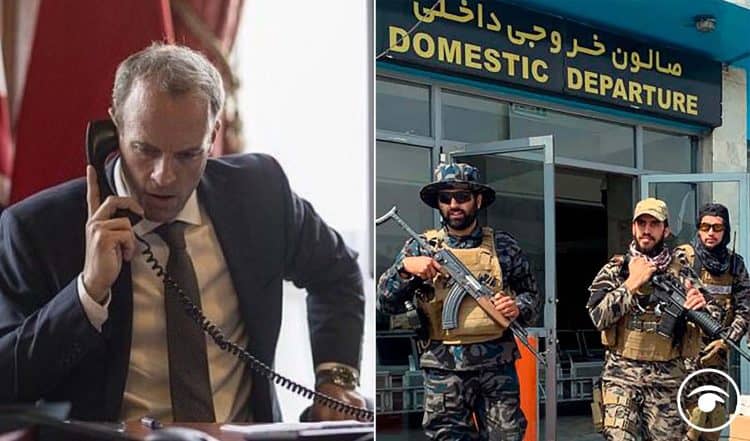 Last week Boris Johnson has said young people should get back to the office to stop their colleagues gossiping about them.

The Prime Minister has urged people to return to the office and stop the practice of working from home that was widespread during the height of the coronavirus pandemic to stop the spread of the disease.

Tory chairman Oliver Dowden told a Telegraph conference fringe event: “People really want the Government to lead by example, they want civil servants to get back to work.

“We have got to start leading by example on that.”

He added: “People need to get off their Pelotons and get back to their desks.”

The ‘work from home’ culture in Whitehall left Britons at the mercy of the Taliban senior Cabinet Ministers told the paper.

The paper claims that civil servants away from their desks could not read vital documents about UK citizens trying to flee the murderous regime, hampering their escape.

‘People were left to the Taliban who could have been saved,’ the Minister said, adding that the Government had ‘lost a week’ in the rescue mission because of the ‘culture of absenteeism’ in Whitehall.

It comes as Iain Duncan Smith also called for Whitehall officials to ‘lead by example’ and return to their offices. Writing in the same paper, Sir Iain says: ‘Working from home is rapidly emerging as a new ‘right’, one vigorously championed by many in the comfortable classes…

‘When I think of all the brave civil servants who went to work in the 1940s, determined to do their bit regardless of the threat from falling bombs, I wonder what has happened to us as a nation.’