"Love this and her so much. Thank you Hillary Clinton for always standing up and with women," said one person in response. 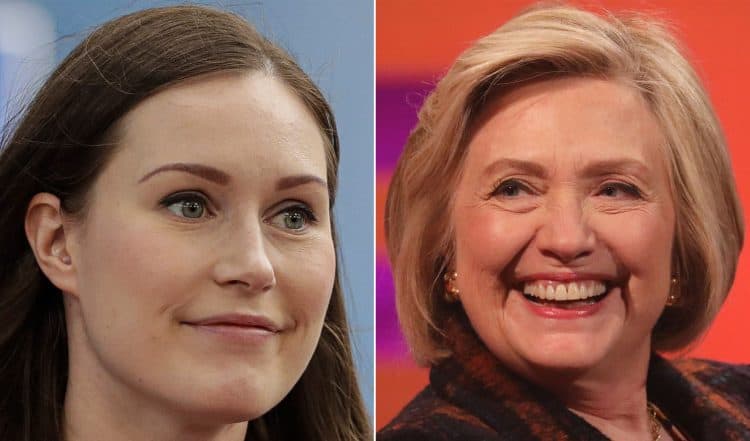 Finland’s prime minister Sanna Marin said she had taken a drugs test “for her own legal protection” after a video was leaked of her dancing and lip-syncing songs at a private party last week.

Ms Marin defended her actions, saying she drank alcohol with friends but did not do any drugs.

A video posted on social media showed six people at a party dancing and lip-syncing a song, including Ms Marin. Later in the video, the 36-year-old prime minister is seen on her knees dancing while lip-syncing.

“I have taken a drug test for my own legal protection, the results of which will come in about a week,” Ms Marin told a news conference on Friday, according to the Hufvudstadsbladet newspaper.

Ms Marin, the Nordic country’s youngest prime minister, said she did not have any government meetings that weekend and “I had some time off and I spent it with my friends. And I didn’t do anything illegal”.

In response, Finns began to share parodies of the video to show support for Marin.

Now Hillary Clinton has sent a message of support to the under-fire Finland PM.

She tweeted a pic of herself having a good old dance and wrote: “As Ann Richards said, “Ginger Rogers did everything that Fred Astaire did. She just did it backwards and in high heels.” Here’s me in Cartagena while I was there for a meeting as Secretary of State. Keep dancing, @marinsanna.”

Sanna Marin appreciated the support by one of the most famous politicians in the world and simple wrote: “Thank you.”

There was a lot of love for the friendship between the two women.

Related: Sopranos star lays down the law after Liz Truss was compared to Sanna Marin