"It's a joke, and quite a gentle one at that. You lot are so easily offended,' said one person after a Tory MP to offence to a T-shirt slogan. 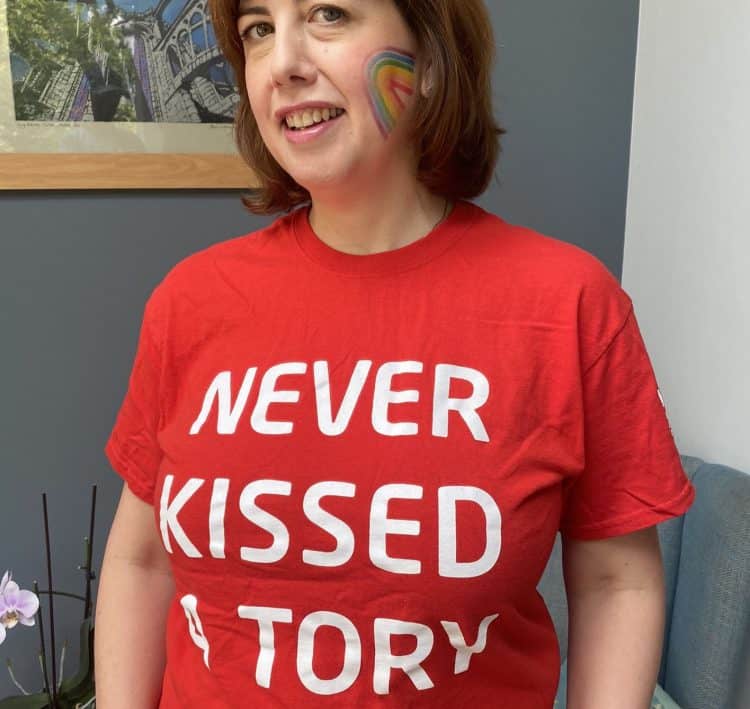 The party spirit of Manchester Pride continued yesterday as the third day of celebrations took place in the city.

The city saw the return of the Pride Parade for the first time since 2019.

One Labour MP joined in the fun and wore an amusing t-shirt.

Lucy Powell tweeted a picture of herself with a t-shirt that read: “Never kissed a Tory.”

However, some Tories didn’t take the joke well.

One of them was Sara Britcliffe, the MP for Hyndburn and Haslingden in Lancashire, slammed what she considered to be “quite disgusting” behaviour from shadow culture secretary Lucy Powell on Saturday – when the Labour MP donned the red shirt.

“And this is the problem: creating an us vs them. Quite disgusting from a shadow minister

“A difference of political belief should not result in hate,” she tweeted.

Julie Hartley-Brewer decided to list of people she has kissed.

James Cleverly reckons she wants to kiss a Tory!

But the MP’s comments were met with ridicule online:

Graham Jones said the action was “unbefitting of an MP”, while Sara Britcliffe said she had apologised to him and there was “no mocking” involved.

“It was a Secret Santa present and in fact mocked me,” she claimed at the time.