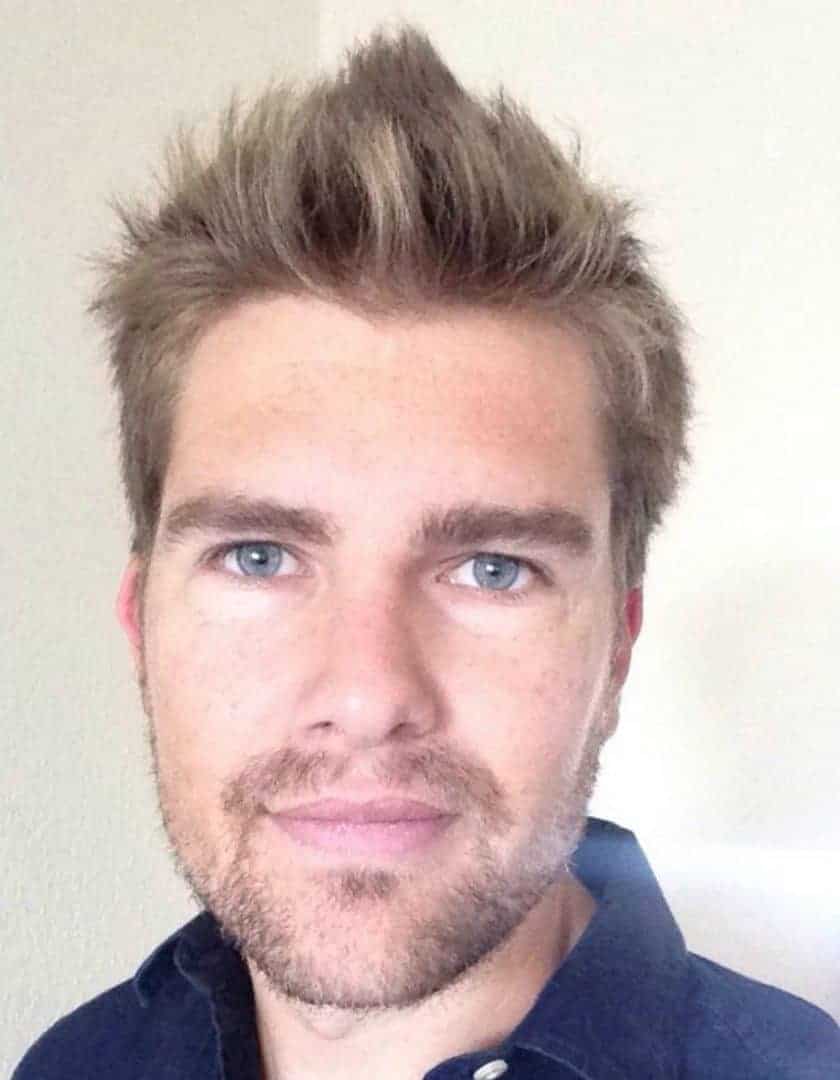 A civil servant has described how he fought off a terrorist on London Bridge with a narwhal tusk after the attacker ran at members of the public with knives “raised above his head”.

Darryn Frost has spoken for the first time about how he grabbed the artefact from the wall in Fishmongers’ Hall as Usman Khan went on a killing spree on November 29 during a prisoner rehabilitation programme.

Khan, armed with two knives and wearing a fake suicide vest, killed Saskia Jones and Jack Merritt in the attack.

Harrowing footage shows Mr Frost and other members of the public heroically fending off Khan as they moved on to London Bridge – but until now his identity has remained a mystery.

The 38-year-old, from London, can be seen pinning Khan to the ground and is then pulled away by a police officer before the terrorist is shot dead seconds later.

The South African, who has lived in the UK for 14 years and works in the Ministry of Justice communications department, came forward to give his account of the “terrible day” in a bid to urge people to unite against terrorism and raise money for the victims’ families.

Speaking to the PA news agency, Mr Frost said he was attending the event with colleagues but ran to help when he heard a commotion downstairs.

He said: “When we heard the noise from the floor below, a few of us rushed to the scene.

“I took a narwhal tusk from the wall and used it to defend myself and others from the attacker.

“Another man was holding the attacker at bay with a wooden chair.

“I ran down the stairs, stood next to the man with the chair, and the two of us confronted the attacker.

“He had knives in both hands and, upon seeing me with the narwhal tusk, pointed at his midriff.

“He turned and spoke to me, then indicated he had an explosive device around his waist.

“At this point, the man next to me threw his chair at the attacker, who then started running towards him with knives raised above his head.”

“Shattered across the floor”

Mr Frost passed the tusk to his unarmed comrade before racing back upstairs to find another to use.

When he returned, he found the first tusk “shattered across the floor” and saw people fleeing the building.

He said: “Along with others, I pursued the attacker, tusk in hand, on to the bridge.

“We called out to warn the public of the danger and, after a struggle, managed to restrain him to the ground.

“At that point I was trying to isolate the blades by holding his wrists so that he could not hurt anyone or set off the device.”

“Sincere condolences” to the victims

Mr Frost offered his “sincere condolences” to the victims’ families and friends, adding: “In reading about their lives and work I am convinced they represent all that is good in the world, and I will always feel the deep hurt of not being able to save them.”

He praised those injured for being “so brave” and wished them a “speedy recovery”, saying some refused treatment until others who were more seriously hurt were tended to first, adding: “That consideration and kindness filled me with hope on that dark day.”

Mr Frost said he was “eternally grateful” to the prisoners and public who ran to help, adding: “Not only do I want to thank those who confronted the attacker, but also those who put themselves in danger to tend to the injured, relying on us to protect them while they cared for others.

“To the emergency services: you did yourselves and the country proud. I thank you too.

“To the public: I hope that the part I played in these terrible events can be used for good.”

He urged people to get behind a project he has launched, called Extinguish Hate, to “challenge hate and spread kindness” and asked people to donate to the victims’ fundraising pages – saskia-jones.muchloved.com and the “Celebration of the life of Jack Merritt” on GoFundMe.com

Mr Frost said he had omitted “many details” of his account of the incident “out of respect for the victims and their families” and in consideration for the ongoing investigation and inquests into the attack.

He said he now wants “time and space” to continue his recovery since the “traumatic events of that day” but urged the press to use its “amazing ability to connect with people” as a force for good to “unify this country”.

“I feel we all have a duty to challenge the spread of fear, hatred or intolerance within our communities,” he added.