A BBC employee who worked covering Prince Andrew’s disastrous Newsnight interview claims to have a photograph that could shatter the Royal Family if it was ever made public. 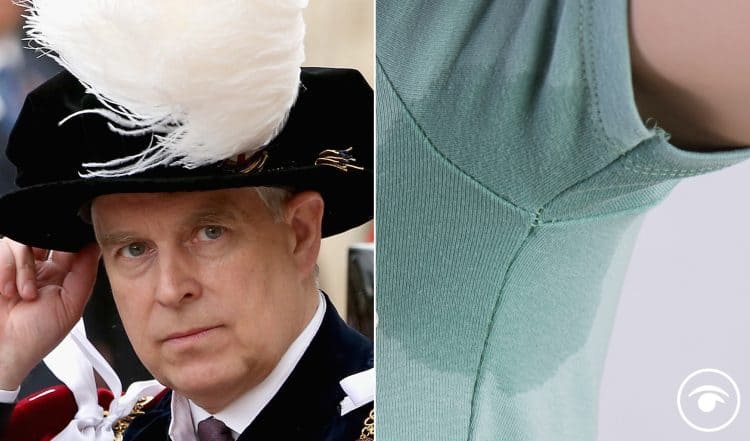 There are two reasons why Prince Andrew should be sweating today: Firstly it is beyond hot and secondly there are rumours of a picture of him that would cause even more misery for the Royal Family.

It comes as a BBC employee who worked covering Prince Andrew’s disastrous Newsnight interview claims to have a photograph that could shatter the Royal Family if it was ever made public.

Andrew agreed to talk to Emily Maitlis in November 2019 at Buckingham Palace, where he was questioned about his association with paedophile and sex offender Jeffrey Epstein.

We all know how well it went.

He claims to have visited a Pizza Express in Woking, he didn’t sweat and showed no remorse for being friends with one of the worst sex offenders in history.

Photographer Mark Harrison, who was present during the BBC sit-down, took a snap that would cause serious embarrassment if it ever got out, it has been claimed.

“Our jaws dropped to the floor when we saw it,” a source said. “It would cause Andrew much embarrassment – and imagine how high the bar has to be to cause him embarrassment after everything that has happened.”

It has been questioned why it has not been released.

The story behind the disgraced Duke of York’s disastrous Newsnight interview will be made into a film.

Screenwriter Peter Moffat is adapting a book by producer Sam McAlister, who clinched the controversial sit down with Andrew about his friendship with paedophile Jeffrey Epstein.

United Agents confirmed the movie, to be called Scoop, describing the forthcoming film as “exciting news”.

The increasing heat and the high temperatures got people talking about Andrew:

Related:Duke of York’s Newsnight interview to be made into film with A-list actor in running to play Andrew