Andrew famously told Emily Maitlis that he had a medical condition which meant he did not sweat. 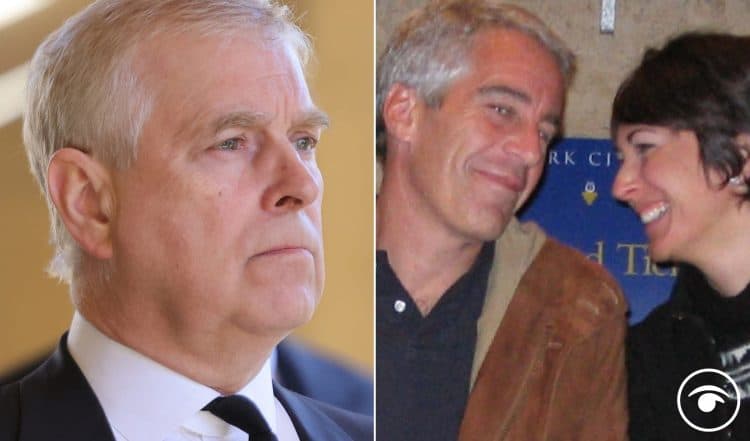 The story behind the disgraced Duke of York’s disastrous Newsnight interview will be made into a film.

Screenwriter Peter Moffat is adapting a book by producer Sam McAlister, who clinched the controversial sit down with Andrew about his friendship with paedophile Jeffrey Epstein.

United Agents confirmed the movie, to be called Scoop, describing the forthcoming film as “exciting news”.

McAlister tweeted about the project: “…can’t actually breathe with the excitement!!!!”

But who will play Andrew?

Well, Hugh Grant is “on the shortlist” of actors to portray the tawdry Prince.

According to Deadline, Grant is “one of the unconfirmed names in the frame.”

The Queen’s second son stepped down from public life after being criticised for showing a lack of empathy towards Epstein’s victims, and displaying a lack of remorse over his friendship with the financier, who killed himself while in prison, during his Newsnight appearance in 2019.

In the interview with presenter Emily Maitlis, the duke denied claims he had sex with Virginia Giuffre, who said she was trafficked by Epstein on three separate occasions, including when she was 17 – still a minor under US law.

Ms Giuffre said one alleged encounter began with the duke sweating heavily as they danced at London nightclub Tramp.

But Andrew told Maitlis he had a medical condition at the time which meant he did not sweat, and that he had no recollection of ever meeting Ms Giuffre.

He also insisted he spent the day taking one of his daughters to Pizza Express in Woking for a party.

Andrew later paid millions to settle a civil sexual assault case with Ms Giuffre in the US.

McAlister’s book, Scoops: Behind The Scenes Of The BBC’s Most Shocking Interviews, was released on Thursday.

Related: Andrew is ‘a very good man’ says woman who shares £30m house with him