“In some places there are people waiting in A&E for up to two days at a time for a bed in the hospital." 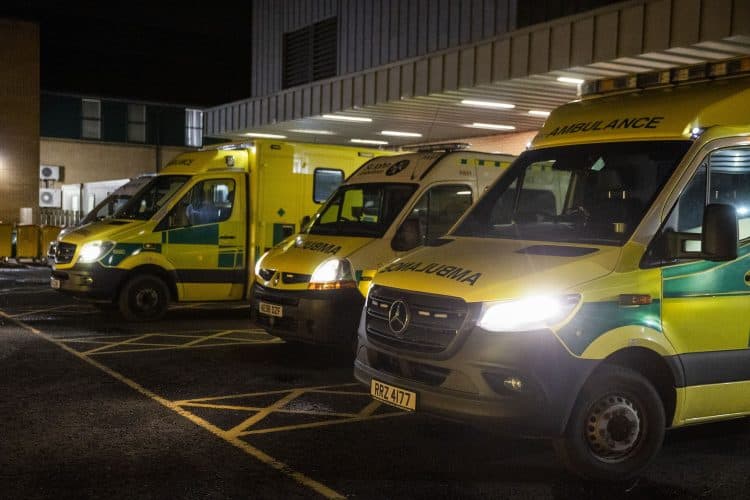 An NHS doctor has warned that the heatwave and the surge in cases of Covid-19 in England are resulting in a “nightmare” for health workers.

Dr Claire Bronze, 38, who is an A&E consultant in London, said she is worried about the effect the hot weather will have on patients and staff.

She told the PA news agency: “In some places there are people waiting in A&E for up to two days at a time for a bed in the hospital.

“There are ambulances queuing to get in; we’ve seen a lot of Covid cases again, and then there’s the heat.

“There’s all these things happening that are just a bit of a nightmare and “In some places there are people waiting in A&E for up to two days at a time for a bed in the hospital.

On Friday the Met Office warned that lives could be at risk as it is likely that a record UK temperature could be set early next week.

The Met Office red warning, for Monday and Tuesday, covers an area from London up to Manchester and the Vale of York.

The public have been warned to watch out for sunburn and heat exhaustion, with changes in working practices and daily routines recommended.

Meanwhile, Covid-19 infections in the UK have jumped by nearly 800,000 in a week, with some parts of the country nearing the record levels seen during the spring.

Dr Bronze said: “A lot of hospital buildings are very old, particularly in London, and many don’t have air conditioning and windows that don’t open – so they are extremely hot.

“Some staff still have to wear PPE – so plastic gowns, masks, gloves – on top of their normal uniform which, as you can imagine, means people are quickly going to get very hot and dehydrated.

“Staff are struggling to go for breaks because it’s so busy, then to add to that across the NHS we’ve got so many staff members off sick with Covid at the moment too.

“Our staffing is absolutely obliterated already and then with the heat, we’re quite worried about that.”

On Wednesday, Ruth May, the chief nursing officer for England, tweeted a statement addressing reports that some staff members were being told not to drink water while on shift.

She wrote: “I’ve heard reports that some #teamCNO colleagues are being told not to drink water at nurses stations.

“It’s crucial that all nursing, midwifery and care staff are able to drink water and stay hydrated during a shift at nursing stations or other convenient locations.”

Dr Bronze welcomed the statement and added that allowing access to water should be “obvious”.

She said: “I was glad to see the people at the top saying that it’s important that staff must have access to water.

“To say that staff must be allowed to drink water should be the most obvious of things.

“Thankfully, where I work I’ve got access to plenty of water but I think it’s very different from one place to another.

“Most of us have had advice about keeping our patients safe, so making sure everyone’s got access to water… we’re making a real conscious effort to give them more fluids.”

As the temperature rises, Dr Bronze said she is most concerned for elderly people and rough sleepers who may struggle to find shade due to mobility issues.

“The big worry, especially in cities like London, is for homeless people who may be stuck in places where they can’t get water or they may not be able to get out of the heat,” she added.

“The elderly, children and rough sleepers are the ones we are really worried about.”

Author and Mathematical Biologist at the University of Bath Kit Yates wrote a thread detailing the problems the NHS is dealing with.

If you want to hear from him his book The Math(s) of Life and Death is out now http://amzn.to/2MkmdcM