‘That man should be publicly horse-whipped once a week, every week, touring round cities and towns in the UK," said Mark Thomas. 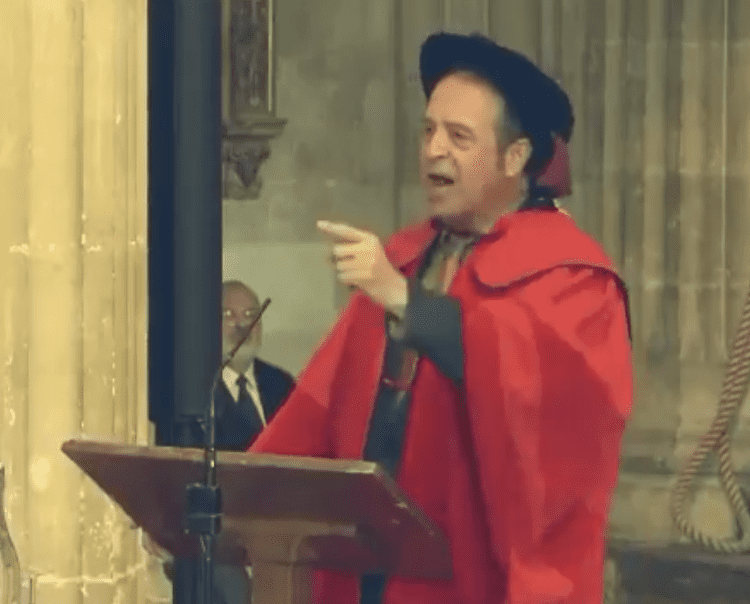 Boris Johnson has been ordered to hand over a cache of documents to MPs investigating whether he lied to Parliament with his partygate denials.

With this in mind, and all his other scandals, comedian Mark Thomas used his graduation speech to slam the PM.

The Commons Privileges Committee has written to the Prime Minister and Cabinet Secretary Simon Case demanding details relevant to its inquiry.

These include Mr Johnson’s diaries for eight days during the partying period, email invites, resignation emails and WhatsApp messages, and No 10 entry logs.

Harriet Harman, the senior MP chairing the investigation, wrote to the pair giving them the deadline of August 15 to hand over the documents.

The Covid law breaking parties in Downing Street were among the scandals to force Mr Johnson’s resignation as Tory leader, and his successor will become the next prime minister in September.

But the committee’s investigation threatens to further tarnish his legacy and could impact on his future as the MP for Uxbridge and South Ruislip.

Mark Thomas has been awarded an honorary degree by Kent University – and used his acceptance speech to launch a savage, impassioned attack on Boris Johnson.

The comedian said: ‘I’ve been asked to give a few  words of advice, I guess. I genuinely don’t know that much.

‘DMs [Doc Martens] are overpriced. Hobnobs are overvalued. Boris Johnson is a venal lying corrupt narcissistic inept, totally money grabbing, evil man who should never have been allowed near the power – never.

‘That man should be publicly horse-whipped once a week, every week, touring round cities and towns in the UK.

‘He has bought shame and disrespect to our country and he has increased racism, violence and division. He has insisted on corruption in our country, and we will not have it.’

Thomas added: ‘I was going to do a non-controversial set.

‘But the thing about Johnson that struck me more than anything, is the fact that he values his self and his small cabal – the rich elites – and their enrichment, his own narcissism above everything else, and I think one thing that Covid has taught us is that we are dependent upon each other.’