Deadly heat waves, floods and storms could kill at least 50 times more Britons by the end of the century if climate change is not tackled, a study warned. Around 2,515 Britons but as many as 7,484 Britons a year could be killed by extreme weather events by the 2080s – up from around 90 […] 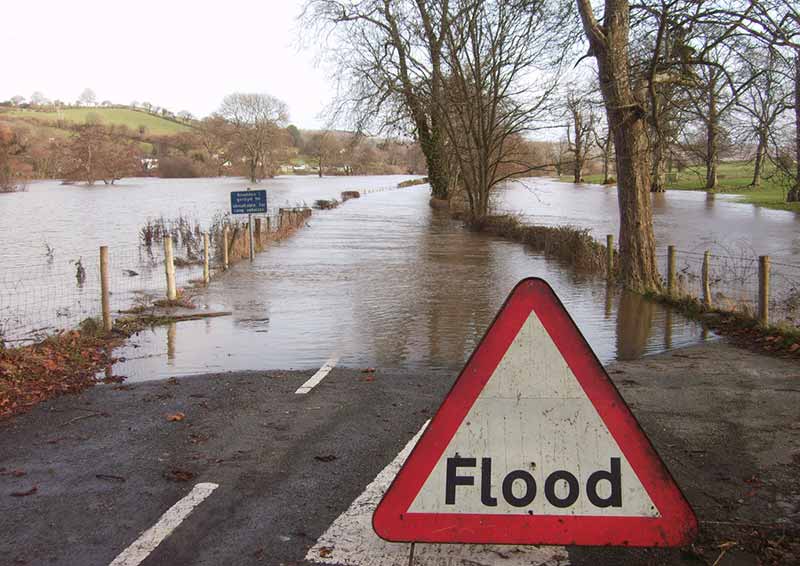 Deadly heat waves, floods and storms could kill at least 50 times more Britons by the end of the century if climate change is not tackled, a study warned.

Heatwaves will be the biggest threat killing up to 7,358 Britons, followed by coastal flooding killing at around 56, river flooding 36 and storms at least 34 a year from 2080.

But less Britons, particularly the elderly, will die during cold snaps thanks to global warming.

However the elderly, children and those chronically ill will be most at risk of heatwaves as they cause heatstroke, heart and breathing problems and early deaths.

Droughts will herald in food shortages, illnesses, malnutrition, disease associated with lack of water, and an increased susceptibility to infection but wildfires are thought to be less of a threat to Britons.

An increased population of over 84.2 million by the 2080s, an ageing population increasing 151 per cent, more urban sprawl increasing 118 per cent and more people living in areas prone to coastal flooding increasing 148 per cent will all make Britain more vulnerable.

As well as causing death and injuries, disruption to national infrastructures such as power and transport, property damage and people being displaced within the UK could all one day become a reality.

Overall the elderly, those sick and the poor will be biggest hit as the rich could but themselves protection such as installing air conditioning and protecting their homes from floods.

The dire predictions were made by the European Commission Joint Research Centre based in Italy looking at the impact of global warming from Southern Europe through to Northern Europe and Iceland.

And extreme weather will affect every two in three from Cyprus all the way to Iceland.

The calculations were based on the assumption of there being no reduction in greenhouse gas emissions and no efforts to reduce the impact of extreme weather events such as medical technology, air conditioning and better flood defences.

Lead author Dr Giovanni Forzieri said: “Climate change is one of the biggest global threats to human health of the 21st century, and its peril to society will be increasingly connected to weather-driven hazards

“Unless global warming is curbed as a matter of urgency and appropriate measures are taken, about 350 million Europeans could be exposed to harmful climate extremes on an annual basis by the end of the century.”

The study looked at the effects of the seven most harmful types of weather-related disaster – heat waves, cold waves, wildfires, droughts, river and coastal floods, and windstorms – in the 28 European countries, Switzerland, Norway and Iceland.

Researchers analysed 2300 disaster records from 1981 to 2010, which include the type of disaster, country, year and the total number of deaths caused, to estimate the population vulnerability to each of the seven weather-related disasters.

They then combined this with projections of how climate change may progress and how populations might increase and migrate.

Heatwaves and droughts will affect southern Europe the greatest where almost all people could be affected by a weather-related disaster each year by 2100 – projected to cause around 700 deaths per every million people each year.

Comparatively, in northern Europe one in three people could be affected by a weather-related disaster each year, resulting in three deaths per every million people each year.

Climate change is likely to be the main driver behind the potential increases, accounting for 90 per cent of the risk while population changes such as growth, migration and urbanisation account for the remaining 10 per cent.

Dr Forzieri said: “Demographic trends, such as population growth, migration, and urbanisation, are among the most important drivers of disaster risk in the past.

“For the future, our projections show a minor contribution of population growth and distribution to the overall multi-hazard human risk in Europe, peaking during the
period 2041–70, with a contribution to rising effects of around 10%.

“For certain hazards, and at local scales, demographic changes can be of greater
importance than for Europe as a whole.

“Furthermore, urbanisation is expected to continue- although at slower rates than in recent decades – leading to roughly 50 million (18%) additional city dwellers in
Europe by 2050.

“This urbanisation will probably amplify heat-induced effects through the urban heat island effect in that built-up areas absorb and retain heat and are therefore
hotter than natural land cover.

“Additionally, urbanisation increasingly concentrates the demand for water and reduces water retention and the infiltration capacity of the land surface, augmenting the risk of water stress and flooding.”

The scientists said the Paris Agreement on climate change must be met to protect the future health and wellbeing of Britons and Europeans.

Dr Forzieri said: “This study contributes to the ongoing debate about the need to urgently curb climate change and minimise its consequences.

“The substantial projected rise in risk of weather-related hazards to human beings due to global warming, population growth, and urbanisation highlights the need for stringent climate mitigation policies and adaptation and risk reduction measures to minimise the future effect of weather-related extremes on human lives..

The study was published in the The Lancet Planetary Health.