Meghan has launched legal action against the Mail on Sunday newspaper over an allegation it unlawfully published a letter to her father. 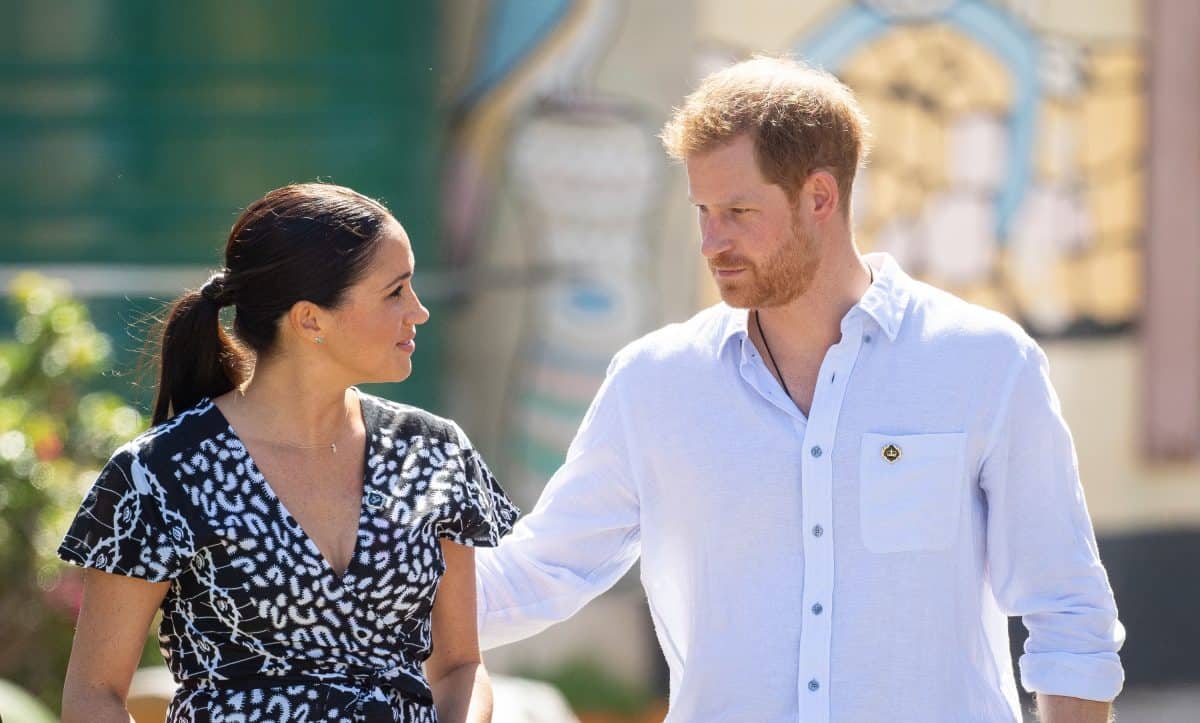 The Duke of Sussex has launched an unprecedented attack against the British tabloid press for a “ruthless campaign” against his wife, as it was announced she is suing a newspaper after it published a letter she wrote to her father.

In a highly personal and scathing statement, Harry said some newspapers had “vilified her almost daily for the past nine months” and claimed they had published “lie after lie” at Meghan’s expense simply because she was out of public view on maternity leave.

Referencing his mother Diana, Princess of Wales, who was a tabloid newspaper staple target and died in a Paris car crash while being pursued by the paparazzi, the duke said: “Though this action may not be the safe one, it is the right one.

“Because my deepest fear is history repeating itself. I’ve seen what happens when someone I love is commoditised to the point that they are no longer treated or seen as a real person.

“I lost my mother and now I watch my wife falling victim to the same powerful forces.”

Harry said about his wife: “I have been a silent witness to her private suffering for too long. To stand back and do nothing would be contrary to everything we believe in.”

The couple are coming to the end of a 10-day tour of southern Africa with son Archie which has received favourable coverage, but the duke said these positive publications exposes the “double standards of this specific press pack”.

Meghan has launched legal action against the Mail on Sunday newspaper over an allegation it unlawfully published the letter to her father.

Law firm Schillings, representing the duchess, said she had filed a High Court claim against the paper and its parent company Associated Newspapers over the alleged misuse of private information, infringement of copyright and breach of the Data Protection Act 2018.

In the statement published on the duke and duchess’s official website, Harry said he and Meghan believed in “media freedom and objective, truthful reporting” as a “cornerstone of democracy”.

Addressing readers, he added: “Unfortunately, my wife has become one of the latest victims of a British tabloid press that wages campaigns against individuals with no thought to the consequences – a ruthless campaign that has escalated over the past year, throughout her pregnancy and while raising our newborn son.

“There is a human cost to this relentless propaganda, specifically when it is knowingly false and malicious, and though we have continued to put on a brave face – as so many of you can relate to – I cannot begin to describe how painful it has been.”

Legal action against Mail on Sunday

It is understood the couple did not take legal action lightly, but the timing of the announcement will over overshadow the final day of their Africa tour on Wednesday.

In February, the Mail on Sunday published extracts of Meghan’s handwritten letter to her estranged father Thomas Markle.

In one extract, published by the newspaper, the duchess wrote: “Your actions have broken my heart into a million pieces – not simply because you have manufactured such unnecessary and unwarranted pain, but by making the choice to not tell the truth as you are puppeteered in this. Something I will never understand.”

In the run up to the wedding, Mr Markle was caught up in controversy after he allegedly staged paparazzi photographs of himself and then began commenting regularly to entertainment website TMZ about his contact with his daughter.

Harry explained that the alleged unlawful publication of the private letter was done in “an intentionally destructive manner” to “manipulate” readers.

He claimed readers were misled by “strategically omitting select paragraphs, specific sentences, and even singular words to mask the lies they had perpetuated for over a year”.

He added: “There comes a point when the only thing to do is to stand up to this behaviour, because it destroys people and destroys lives.

“Put simply, it is bullying, which scares and silences people. We all know this isn’t acceptable, at any level.

“We won’t and can’t believe in a world where there is no accountability for this.”

A spokeswoman for law firm Schillings claimed the “intrusive” publication of the letter was part of Associated Newspaper’s campaign to write “false and deliberately derogatory stories about” Meghan, “as well as her husband”.

“Specifically, we categorically deny that the duchess’s letter was edited in any way that changed its meaning.”

The Duke and Duchess of Sussex begin the final day of their Africa tour now overshadowed by claims made by Harry that his wife has been ruthlessly attacked by the British tabloid press.

The couple have spent the past nine days visiting southern Africa and raising issues they are passionate about including wildlife conservation and female empowerment.

During their final day in Johannesburg the couple will meet Graca Machel widow of Nelson Mandela, a national figure Harry met during a 2015 visit to South Africa.

The tour will come to an end when the duke and duchess meet South Africa’s President Cyril Ramaphosa, and First Lady Dr Tshepo Motsepe in Pretoria for a private audience.

Diana, Princess of Wales cried as she watched a young Angolan girl being measured for a new prosthetic leg during her famous anti-landmine trip to the country.

Sandra Thijika, who was famously pictured sitting on Diana’s knee, described the experience of meeting the royal as making her feel “complete”.

And when she met the princess’s son, the Duke of Sussex, she described the encounter as a continuation of a long and beautiful story.

Harry ended the second day of his visit to Angola last week by meeting Ms Thijika, 38, a landmine victim who was famously pictured with his mother sitting under a fig tree in an orthopaedic workshop in Luanda in 1997.

The princess had not only walked through a partially cleared minefield in Angola to raise awareness about the issue of the weapons, but spent time with people maimed by the munitions laid during a bloody civil war

Ms Thijika said after chatting to Harry: “I think I met Princess Diana on a Tuesday, she came to the centre and she wanted to see how a change of prosthetic limb was done.

“At that time I was very small, I was a very tiny girl and they started measuring my knee so they could see how the prosthetic would fit.

“Princess Diana was watching this process and she started crying as she watched me getting measured for a new prosthetic.

“After they measured my knee we went outside and we sat by a fig tree and she was speaking to me and I felt very happy, I felt very complete to have the attention of a princess.

“It was an honour to be sitting next to a princess.”

Ms Thijika was a special guest at a reception hosted by Jessica Hand, Britain’s Ambassador to Angola, at her official residence in Luanda.

Speaking about Angola’s £48 million pledge to invest in the work of the landmine clearing charity Halo Trust in the country, the duke told Ms Thijika: “I know you will never get your leg back, but I hope with the president’s contribution…you will have some peace of mind.”

The mother told the duke she had five children, and the royal seemed taken aback and asked for their ages and she told him, speaking through an interpreter: “I have a daughter I named her after Diana.”

Harry sounded a positive note, telling her: “Your children will be growing up to your age and there won’t be any landmines.”

In response to Harry’s pledge, the 38-year-old said: “I’m very happy to hear him say that, it feels like the work in Angola will continue and we will be landmine free.”

She said about meeting Harry: “This is a long story and this is a beautiful story because I’ve come out of the province to meet Diana’s son, so this is putting the focus on all of us who have physical disabilities.

READ MORE: On the anniversary of Diana’s death, we should be wary of how the tabloids are treating Meghan