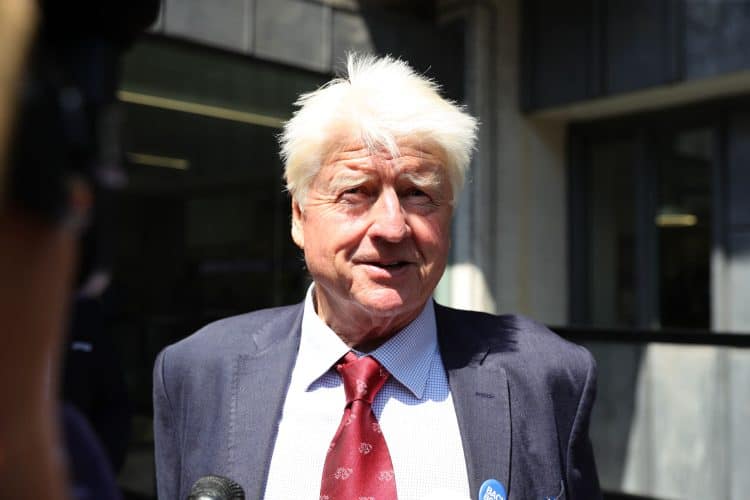 Journalist Isabel Oakeshott has provoked fury after she let “charming” Stanley Johnson off the hook for being a little “handsy”.

Caroline Nokes, chairwoman of the Commons Women and Equalities Committee, has accused the prime minister’s dad of forcefully smacking her on the backside and making a vulgar comment at the Conservative Party conference in 2003, ahead of him running to be a Tory MP.

The allegations regarding Johnson erupted after Nokes told Sky News that he smacked her bottom “about as hard as he could” and told her she had a “lovely seat”.

New Statesman journalist Ailbhe Rea has also claimed Johnson “groped” her at the Conservative conference in 2019. In a tweet, Rae said:

“I am grateful to Caroline Nokes for calling out something that none of us should have to put up with, not least from the Prime Minister’s father.”

The Conservative Environment Network (CEN), for which Stanley Johnson acts as international ambassador, said it was concerned about the the allegations, made by the former cabinet minister Caroline Nokes and the New Statesman journalist Ailbhe Rea.

The group said in a statement: “We take all allegations of inappropriate behaviour very seriously. We have clear internal processes for managing allegations of this nature, and these are currently being followed. The alleged behaviour is not acceptable to CEN.”

In response, Isabel Oakeshott seemed to brush this off as simply Stanley being ‘handsy.’

There was an outpouring of anger and frustration at her comments, seemingly letting Johnson Snr off without calling him to account.