The woman said: “He has taken not only the last two years of my life but the incident will be part of my life forever.” 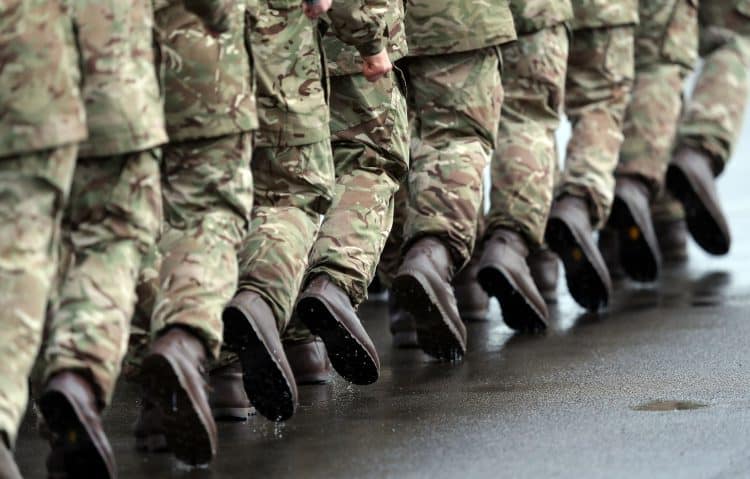 A soldier has been convicted of raping a sleeping woman in his barracks after she managed to record him on her mobile phone.

Aiden Hackett, 27, met the woman on a night out but when there were problems outside the bar he suggested she stay at his posting.

He told her she would be safe there and that his friends would drive her to work in the morning.

Back at his barracks room, Hackett, who had a girlfriend, tried to become intimate with the woman – who told him she just wanted to go to sleep.

She fell asleep but woke to discover that Hackett had removed her clothes and she had been molested at his St David Barracks.

In a recording she made on her mobile phone, the soldier could be heard telling her ‘you said “take me home in the morning”’.

He was was jailed for five years and three months at Oxford Crown Court.

Part of my life forever

In a personal statement read to the court by prosecutor Jonathan Stone for the victim, the woman said: “He has taken not only the last two years of my life but the incident will be part of my life forever.”

The court heard the victim had been out in Hanks bar, Oxford, on June 5, 2019, with friends when she met Hackett, who was partying with fellow soldiers.

Since the assault in 2019 she had suffered night terrors, nose bleeds, anxiety and her masters degree studies had been affected.

Judge Ian Pringle QC said: “What you did to the victim was a serious breach of the faith and trust she placed in you when she went back to these barracks.

“She did not expect to be treated that way.”

In the morning the victim called 999 and reported the assault to the police.

Hackett called his girlfriend, who went round to the room and told the victim to leave.

Two soldiers on guard duty then arrived at the room and escorted the victim, who had not been signed into the Bicester barracks, out.

DNA swabs taken from the soldier proved that he had had sex with her.

Defence barrister Lyall Thompson said his client had lost his job with the army as a result of his ‘complete stupidity and crass behaviour’.

Hackett was remorseful and had pleaded guilty at an early stage in the proceedings.

“Good people do bad things. That’s what I would say has happened here. It’s a complete aberration,” the barrister said.

Hackett, of Barnsdale Road, Leeds, pleaded guilty to rape. He will be on the sex offender register for life.

Following the sentencing, Det Con Tania Wasilewski-Norman of Thames Valley Police said: “This was a shocking example of a man taking advantage of the victim’s trust and he raped her while she was asleep.

“Taking advantage of a woman who was sleeping, and therefore in a vulnerable position, is completely unacceptable.

“The victim was asleep, and it is absolutely clear that there was no consent whatsoever in this case.

“We will always take reports of rape seriously and support victims of such offences and endeavour to bring offenders to justice.”

Victim liaison officer Det Con Nikki Lawton described the victim, who was in court to hear the sentence passed, as a ‘true inspiration’.