Leslie Thomas QC told the disaster probe that the majority of people who died were people of colour, and that race was the ‘elephant in the room’. 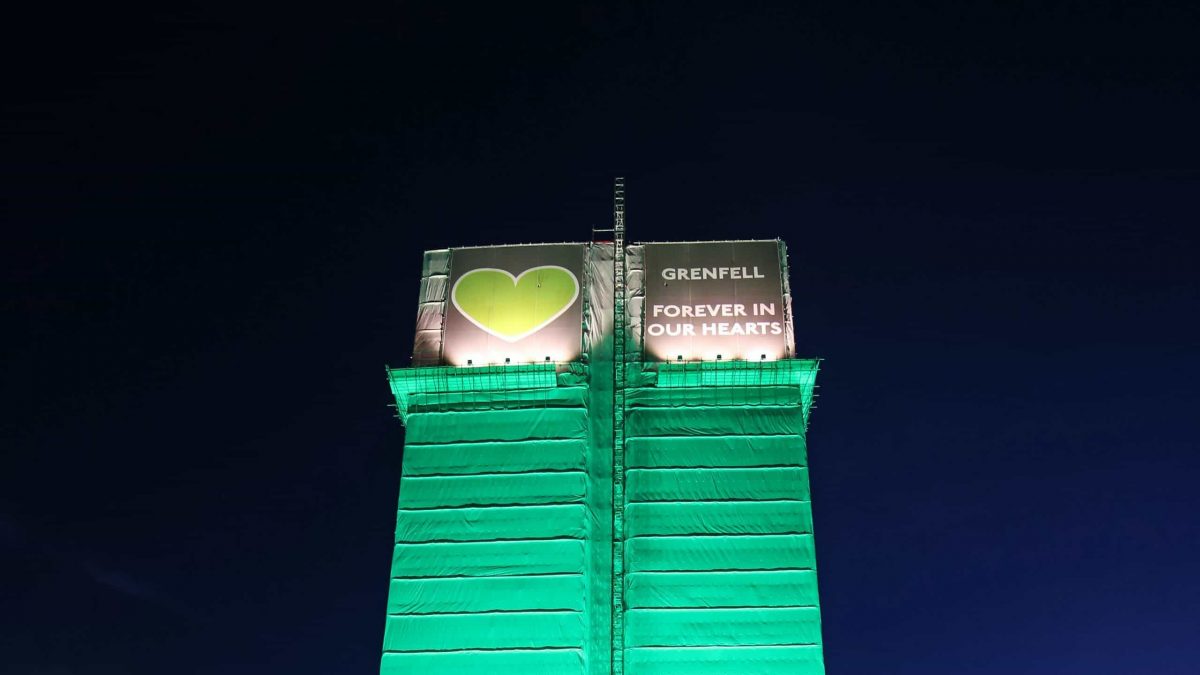 The Grenfell Tower Inquiry has been urged to be “on the right side of history” and not to “ignore” the impact of poverty and race on the disaster which killed 72 people.

Leslie Thomas QC, representing a group of survivors and bereaved families, opened Tuesday’s proceedings with a statement on how the issue of race was the “elephant in the room”.

He said: “The Grenfell fire did not happen in a vacuum… A majority of the Grenfell residents who died were people of colour.

“Grenfell is inextricably linked with race. It is the elephant in the room.

“This disaster happened in a pocket of one of the smallest yet richest boroughs in London.

“Yet the community affected was predominantly working class. That is the stark reality that cannot be ignored. The impact of race and poverty on this disaster this inquiry must not ignore.”

Institutional racism as a factor

The Grenfell Next of Kin group has called for the inquiry to “investigate the extent of institutional racism as a factor” in the tragedy June 2017.

According to legal submissions to the inquiry: “Four of the 72 people who lost their lives were visiting the Tower.

“Baby Logan Gomes was stillborn. Of the remaining 67, 57 were from BAME (black, Asian and minority ethnic) communities.

“In the English Housing Survey 2017-2018, it was found that 40% of those living in high rise buildings in the social rented sector are black, Asian or other. This, compared to the percent of the population (14%), is high.”

Mr Thomas told the inquiry chairman Sir Martin Moore-Bick: “I place this charge to this inquiry. You, sir and your panel, this is your time of action to break the cycle of disengagement with the issue of race and inequality.

“What will this inquiry be remembered for? You will undoubtedly want it to be on the right side of history.

“Our client’s perception is that the inquiry is deaf to their concerns.”

“I would have thought that they should be central to the framework in which Moore-Bick is looking at the issues.”

Mr Lammy was launching a public artwork display in Notting Hill featuring pieces by his friend Khadija Saye, 24, a Gambian-British artist who died in the fire.

He remembered the “tender, beautiful and creative soul” whose work “reflects that deep sensibility that was part of her personality”.

Mr Lammy added: “This exhibition reminds us of the dignity and humanity with which we remember those who lost their lives.”

Nine large prints of the artist’s most celebrated works have been installed on the facade of 236 Westbourne Grove in Notting Hill, about a mile from Grenfell Tower.

The Khadija Saye IntoArts Programme, founded in her memory, aims to “address the lack of diversity in the UK arts sector” by giving opportunities to youngsters from deprived and ethnic minority backgrounds.

The inquiry is now due to hear from witness Terrence Ashton, of fire engineers Exova.