It sounded like good news when the government made the announcement that they are going to build thousands of “cheap” starter homes, to help first time buyers into the property market. Housing Minister, Gavin Barwell, announced the first phase of the home building scheme will be completed in 2017 across 30 local authority areas. So […] 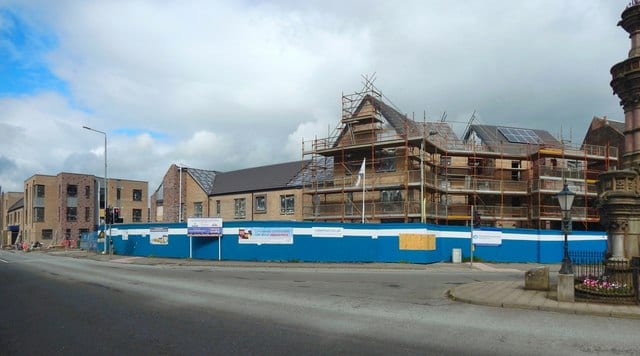 It sounded like good news when the government made the announcement that they are going to build thousands of “cheap” starter homes, to help first time buyers into the property market.

Housing Minister, Gavin Barwell, announced the first phase of the home building scheme will be completed in 2017 across 30 local authority areas. So far so good, however what the Tories think is affordable and what the average person on the street thinks seem oceans apart.

Housing Charity Shelter and the Labour Party have slammed the scheme and say that some properties will cost up to £450,000 per dwelling, and labelling these homes affordable is total nonsense.

Additionally the Housing Minister couldn’t give an exact figure over how many homes will be constructed this year, leaving the 200,000 new homes pledge by 2020 looking increasingly unlikely.

The first wave of homes are being constructed on brownfield sites and the attempts to help those struggling on the property ladder are commendable, but sadly they are misguided and totally out of reach of anyone on an average or even above average income.

The number of affordable homes being built is currently at a 24-year low and these new properties will be only available to people aged 23-40 who are first-time buyers and are offered at 20 per cent of market value. This equates to a cap of £250k outside of the capital but a top limit of £450,000 in London, which will price out many desperate Londoners hoping to own their own home

John Healey, Labour’s housing spokesman, said: “These so-called ‘starter homes’ are a symbol of the Conservative record on housing.

Roger Harding, Shelter’s director of communications, said: “Efforts to build more homes are welcome, but these starter homes are only likely to benefit people who are better off and already close to buying.

“The Government recently signalled that it wanted affordable to start to actually mean affordable when it comes to building homes.

“We would urge them to keep to this rather than continuing with starter homes, which have been shown not to work.”