Sarah Wollaston, chair of the Health and Social Care Committee, said drug use was now a “public health emergency”. 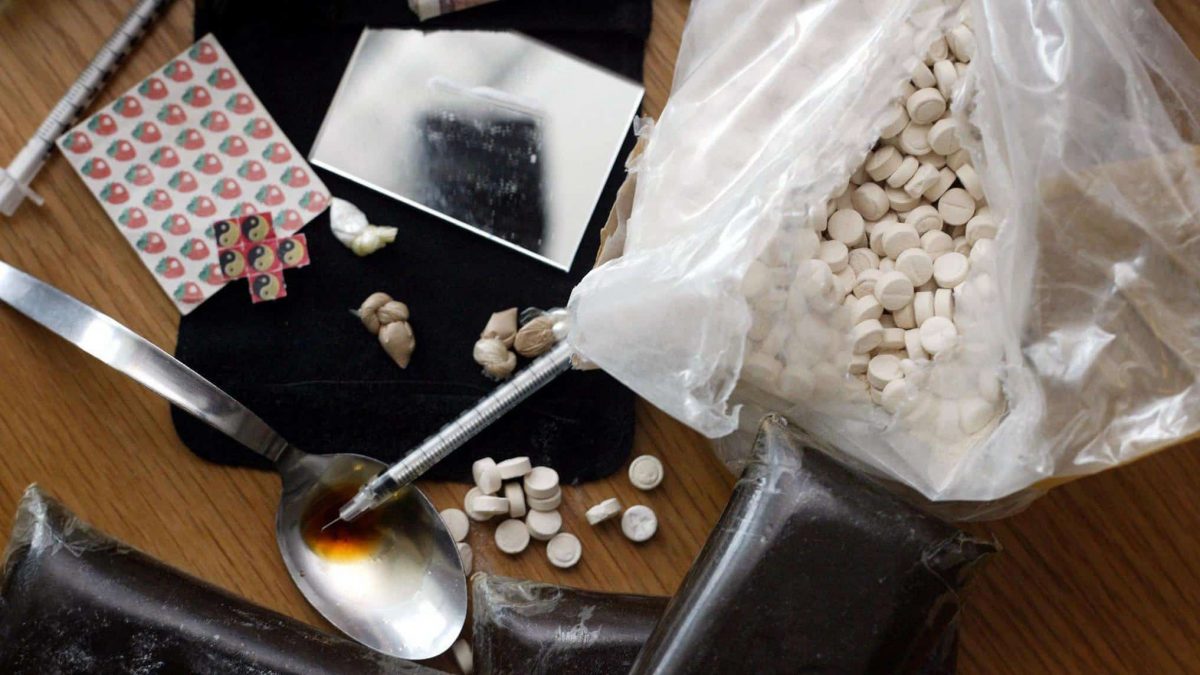 The Home Office has insisted it has “no plans” to decriminalise the possession of drugs – despite a second Westminster committee now calling for the move as drugs deaths are on the increase.

Failing policies have been blamed for rising drugs deaths again.

The Scottish Affairs Committee has now joined the Health and Social Care Committee in calling for a new approach to be adopted to try to tackle the drugs problems.

Sarah Wollaston, chair of the Health and Social Care Committee, said drug use was now a “public health emergency”.

She added: “A radical approach to drug policy is needed to tackle that emergency, and I am delighted to see that the Scottish Affairs Committee has reached the same conclusion as we did, that responsibility for drugs policy should be transferred from the Home Office to the Department of Health and Social Care.

“The Committee also echoes our conclusion that an evidence-based, harm reduction approach should be taken to drug policy. That should include the decriminalisation of the possession of small quantities of drugs for personal use.”

A Home Office spokesman stressed “every drug related death is a tragedy” as he said ministers were “concerned about the rate of drug deaths in Scotland”.

Scotland recorded a shocking total of 1,187 drugs deaths in 2018, and the spokesman said: “We are absolutely committed to reducing the use of drugs and the harms they cause.”

There were 2,670 deaths directly attributed to drug misuse in England last year, an increase of 16% since 2017.

But The Home Office spokesman stated: “The Government has no plans to decriminalise drug possession.

“It would not eliminate the crime committed by the illicit trade, nor would it address the harms associated with drug dependence and the misery that this can cause to families and communities.”

MPs have called for some drug offences to be decriminalised, in a bid to prevent the rising number of related deaths.

A report by the Health and Social Care Committee found the country’s position on drugs was “clearly failing” and called for a “radical new approach”.

It says drug possession for personal use should be a civil matter not a crime, and any policy should focus on healthcare, not prosecution.

It urged the Government to carry out a consultation on decriminalisation and to look at the system in Portugal where this was introduced, saying such a move would “save money” from the criminal justice system and allow for more investment in prevention and treatment.

The move could “save lives”, the report claimed, as it called for “sufficient funding” for alternative approaches, like a pilot of drug consumption rooms – supervised healthcare facilities where users can take drugs in safer conditions.

It said there should be needle and syringe exchanges and “take home” naloxone, which can reverse the effects of opioids.

There were 2,670 deaths directly attributed to drug misuse in England last year, an increase of 16% since 2017, the findings said, adding: “If other causes of premature death amongst people who use drugs were included, it is likely that this figure would approximately double.”

The report said: “Evidence heard throughout this inquiry leads the committee to conclude that UK drugs policy is clearly failing.

“The United Kingdom has some of the highest drug death rates in Europe, particularly in Scotland.

“This report shows how the rate of drug-related deaths has risen to the scale of a public health emergency.

“Decriminalisation of possession for personal use saves money from the criminal justice system and allows for more investment in prevention and treatment.

“Decriminalisation will not be effective without investing in holistic harm reduction, support and treatment services for drug addiction. Doing so would save lives and provide better protection for communities.”

It also said the responsibility of drugs policy should be moved from the Home Office to the Department of Health and Social Care, adding: “Following budget cuts of nearly 30% over the past three years, the Government must now direct significant investment into drug treatment services as a matter of urgency.”

Committee chairman Dr Sarah Wollaston said decriminalisation alone “would not be sufficient” and there needed to be a “radical upgrade in treatment and holistic care for those who are dependent on drugs, and this should begin without delay.”

She added: “Every drug death should be regarded as preventable and yet across the UK, the number of drugs-related deaths continues to rise to the scale of a public health emergency.“

SNP MP Pete Wishart, chairman of the Scottish Affairs Committee, said: “Throughout our inquiry we heard tragic accounts of the pain and suffering that problem drug use is causing in Scotland.

“If this number of people were being killed by any other illness, the Government would declare it as a public health issue and act accordingly. The evidence is clear – the criminal justice approach does not work.

“Decriminalisation is a pragmatic solution to problem drug use – reducing stigma around drug use and addiction, and encouraging people to seek treatment.

“For too long successive UK Governments have ignored the evidence on how drug policy could be improved.

“The Government must now start listening to the expert advice they are given, starting with our committee’s report, to reduce problematic drug use in Scotland and prevent the tragic loss of life.

“The Scottish Government must also ensure that health services in Scotland are properly funded, and that funding cuts are not worsening the problem.”