“Politicians obscure exclusionary ideologies and policies behind inclusionary rhetoric that highlights the ‘value’ of migrant ‘contributions’," a doctoral researcher said. 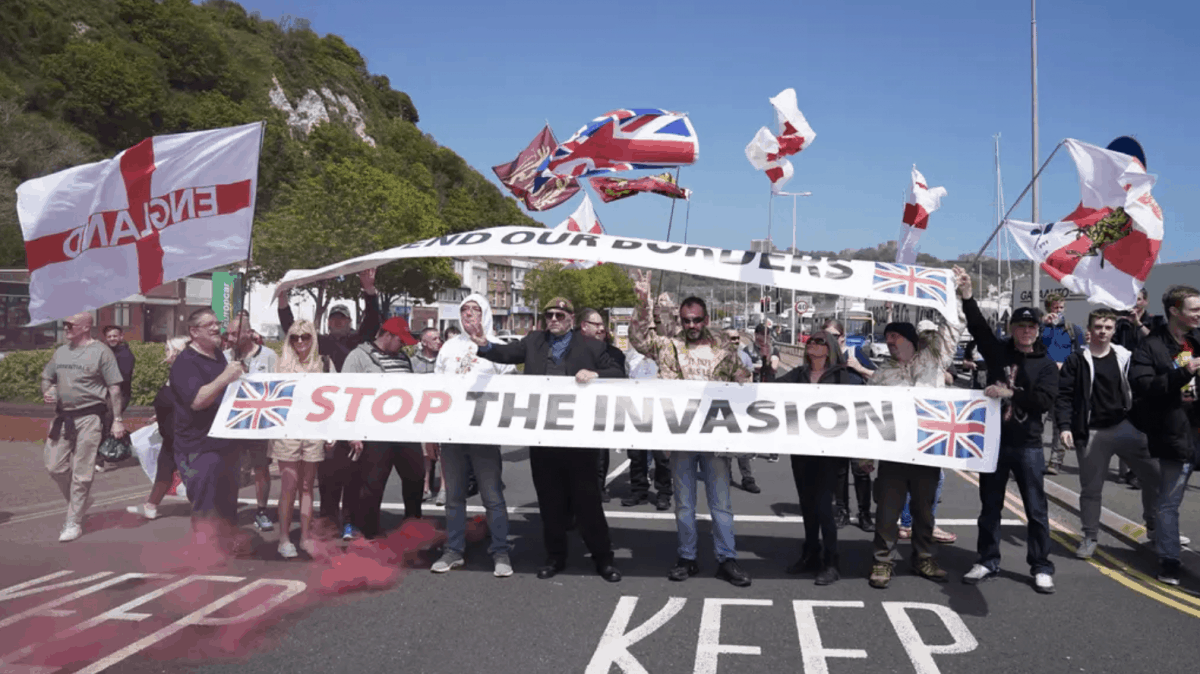 The language used by the UK government and newspapers explains why Brits voted Brexit and shows the real attitude towards EU citizens in the UK, researchers have said.

During a conference organised by the University of Sussex titled Approaches to Migration, Language and Identity, several researchers explained why the language used in the public sphere matters.

After analysing 502 government documents between 2016 and 2019, Parnell concluded there is an “acceptable EU migrant” narrative in the way the government talks about Brexit and EU citizens. But, she found that those who are desirable by contributing to the economy are still excluded when politicians speak about “us”, the UK.

She said: “Government’s stance on European immigrants is ostensibly welcoming and celebratory, but subtly imposes normative limits on acceptability and differentiates between ‘native’ and immigrant communities.

“Politicians obscure exclusionary ideologies and policies such as not being a burden, or remaining outside the national public despite contributing economically – behind inclusionary rhetoric that highlights the ‘value’ of migrant ‘contributions’ to British ‘culture’.

Her research shows that being a “good” UK citizen in the UK means not just to be a minimal burden on the state, but also an active and successful participant in the economy.

“From detailed government documents published between 2000 and 2010, it shows that often immigrants are portrayed as a burden and evaluates them solely on being able to contribute financially to the UK,” she said.

She added: “This is also absolutely indicative of discourses about post-Brexit immigration policies and it’s at the core of the discourse construction of the acceptable EU migrant in post-Brexit Britain.”

She found that EU migrants have been portrayed based on their occupations as doctors, teachers, entrepreneurs and financial or technological experts – not based on cultural practices, which come second to financial benefits. But this means migrant integration is often excluded from the public eye, her research suggests.

She said unskilled workers have been absent from representation, and that to continue to be welcome after Brexit, a migrant must possess the identity of taxpayer, producer and consumer.

She quoted Theresa May’s speech in Florence from September 2017, and said the language used showed Britain is not as tolerant as her discourse wanted to seem on the surface.

Alongside it, she looked at the government’s 2018 White Paper, which “reveals EU citizens as ‘necessary contributors to the British economy’, but not fully-fledged members of the national public.”

“This image borders on an ethnic-nationalist conceptualisation of the British public, rooted in ideas of ancestry and ethnicity, which is a clear contradiction of the multicultural UK that the government’s global Britain vision would imply,” Parnell said.

She said the White Paper, which preceded the new points-based immigration system, suggested migrants should only come to Britain if they can prevent burdens on the taxpayers.

“The government justifies its neoliberal argument in ethical terms, as ‘fair’, pre-supposing a common sense agreement that economic self-sufficiency is a morally-right position for prospective migrants to adopt,” she said.

Anna Islentyeva, of the University of Innsbruck, said the Brexit vote shows a self and national identity crisis, which can be rooted in the media representations of Britain, the EU and migration.

But the starting point in her joint research with Mihera Abdel Kafi from the Free University of Berlin is David Cameron’s ‘Bloomerg speech’.

In the speech, Cameron promised the EU referendum, and prompted the researchers to identify three key issues: Empire, Exceptionalism and Euroscepticism.

“The speech, just like the broader debate on EU membership itself must be seen in a larger historical and political context, that can be traced back to Britain’s centuries of colonial and imperial rule,” Islentyeva said.

She said the legacy of the British Empire is still seen as a policy aspiration of the Conservative Party.

And she said exceptionalism and euro-scepticism can be traced back to Britain declining two invitations to join the European Union in 1951 and 1957. She highlighted Britain was later willing to join but was rejected twice in 1961 and 1967, due to fears that it would be more loyal to the United States than to mainland Europe.

“After finally joining the EEC in 1973, we can say that Britain never fully embraced membership by not joining for example the Eurozone or Schengen area.”

Islentyeva said they looked at 500 left- and right-wing British newspaper articles from 2016-2018.

She said the word British was most often used in conjunction with “people” and “the economy”. But she said there has also been a strong focus on identity, through words such as “values”, “future” and “history”.

By contrast to Brits being portrayed as “people and citizens”, EU people were overwhelmingly described as “migrants” in the right wing press – but, whilst the left-wing press most often described the latter as citizens or nationals, newspapers like The Guardian also used “British business” – but “migrant” workers.

Researchers said populist, right-wing discourse often focuses on the “will of the British people.”- and noted the left-wing press also reproduces the right’s language.

Islentyeva said: “[The expression] ‘British voters’ is mostly found in the right-wing press, and is used in the context of them competing with immigrants for jobs, housing and healthcare.

“Meanwhile, the left-wing press emphasises the contribution made by European migrants to the UK economy.”

She said the expression “take back control” was first introduced by the Leave campaign and was “swiftly adopted by the right-wing press” – who used language such as “our laws” or “Britain’s borders” around the issue.

Meanwhile, their research shows migrants are portrayed as both a “threat” and a “burden” to Britain.

The Germany-based researchers advised the left-wing British press to use ‘clearly distinctive’ language to the right-wing press, but this is not all it takes for people’s attitudes and thinking to change.

“Due to higher circulation figures the right-wing press reaches a wider audience than the left-wing newspapers and that allows them to form and spread dominant discourses in contemporary Britain,” the researchers said.

Johnson’s view on the Remain campaign

An article published by The Atlantic this week reveals that Boris Johnson thinks Remain campaigners in the referendum “didn’t have the courage to tell the real story at the heart of their vision” – of European unity and collective identity.

“People live by narrative,” he told the website. “Human beings are creatures of the imagination”.

The prime minister also said Britain had never been able to lead the EU, because it was too hamstrung by division and doubt over the project to be anything but a brake.