"Brian knows what he’s talking about," one person said who agreed with his thoughts. 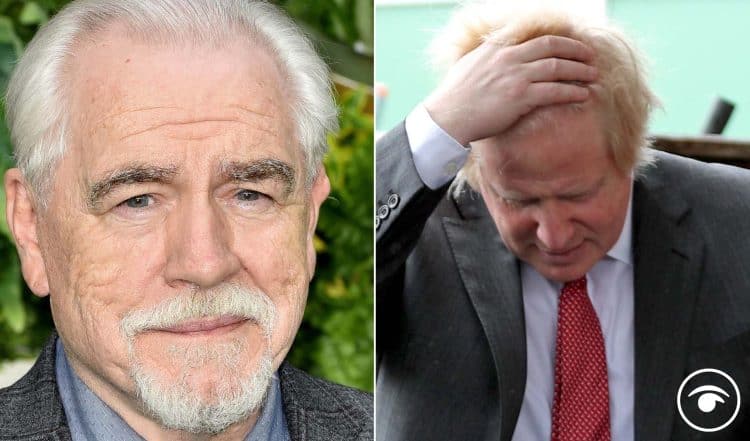 Have you seen Succession? If not then stop reading this and whack it on your TV.

The protagonist is played by acting legend Brian Cox, and even though he didn’t below the famous phrase ‘Go on F*CK OFF’ about Boris Johnson, he didn’t mince his words in a recent TV appearance.

Cox was on ITV’s Peston show when he made his feelings known about the under-fire PM.

He said Johnson “wouldn’t know the truth if it fell on him” in bruising comments.

“People have lost the plot,” he said.

“We’ve lost the plot on so many levels and now, we have a compulsive liar who is actually leading the country, and that liar is tolerated.

“I find it extraordinary. I come back here and there is this man who… wouldn’t know the truth if it landed on him.”

Related: Watch: ‘Some served patients, others served Prosecco’ – Led By Donkeys at it again!