The Conservative MSP's response shows how unpopular the prime minister is north of the border. 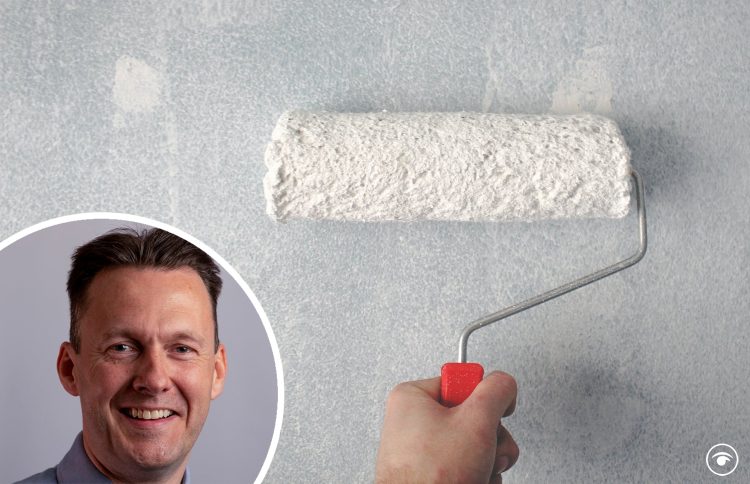 A Scottish Tory MSP snubbed Boris Johnson by saying he was “too busy” painting his bathroom to meet the prime minister on his recent trip to Scotland.

Johnson had in recent days offered an olive branch to party leader Douglas Ross, who has repeatedly called for his resignation, praising him for doing a “very good job”.

Despite Jacob Rees-Mogg describing Ross as a political “lightweight”, Johnson played down the rift between Tories on either side of the border, suggesting there is “far more that brings us together than separates us”.

But, asked in a Times Radio interview about the failure to welcome Johnson to Scotland, Russell Findlay – the party’s community safety spokesman – said: “I was too busy painting my bathroom.”

The frosty reception did not stop the prime minister seeking to thaw relations with the Scottish Tories.

“Every day Douglas gets up and campaigns for the Union of our country in a way that is absolutely passionate and I totally share.”

Ross also declined to meet Johnson on his Scottish jaunt. And, asked whether there was a correlation between the prime minister’s visits and a spike in support for independence, Findlay responded coyly: “Well, I couldn’t possibly comment.”

He told Times Radio: “Many people I speak to like Boris Johnson on the doorstep but it’s true to say that he is largely not popular, certainly a divisive figure in Scotland. But I don’t think materially he is going to suddenly turn the majority of Scots into wanting to break up the United Kingdom.

“Think back to seven years ago, when Alex Salmond was the man we were told to lead Scotland to freedom. And now, according to the SNP, he’s a conspiracy theorist. So the United Kingdom is much bigger than an individual. Whether it is Boris Johnson or Alex Salmond.”