"Duty vs Duty free, superb from Led by Donkeys ," tweeted one person who appreciated the video. 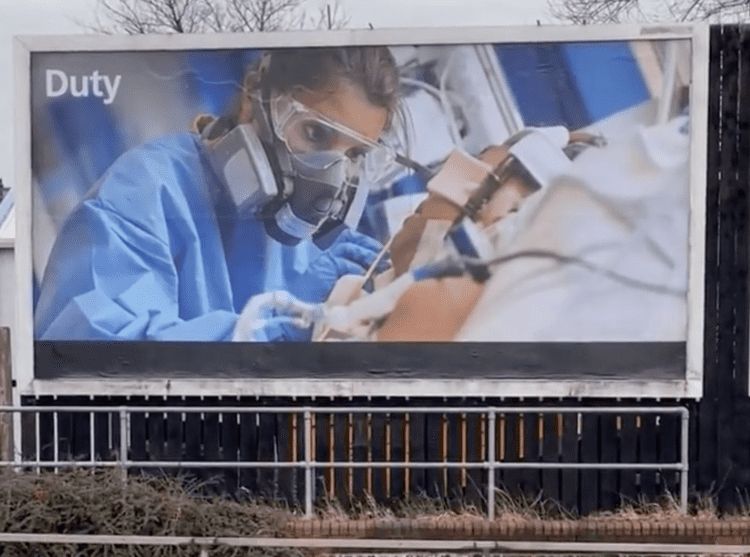 Campaign group Led By Donkeys have held the government to account again, this time with two billboards next to each other in Leigh, Greater Manchester.

One billboard has a picture of a medic looking after a patient with Covid with the word ‘Duty’ on the poster.

The camera pans across to the neighbouring billboard where there is an image of the PM at the infamous zoom quiz, with the words “Duty free” next to it.

It comes as the number of fines issued for alleged parties in Downing Street and across Whitehall will reportedly be made public by the Metropolitan Police.

Scotland Yard is also expected to publish its reasons for issuing any fixed penalty notices (FPNs), according to an advice sheet said to have been distributed to officials by the Cabinet Office.

However the question and answer document reportedly says the names of those receiving FPNs – if such fines are imposed – will not be revealed, and their details will not be shared with the Civil Service.

It comes after Downing Street said on Monday that the Prime Minister’s responses to his police questionnaire into gatherings at No 10 will not be made public.

But Boris Johnson insisted he will have “a lot more” to say on the “partygate” row once the police investigation is concluded.