Earlier this year, the Government’s social mobility tsar and headteacher Katharine Birbalsingh said “physics isn’t something girls tend to fancy” and that “there’s a lot of hard maths in there that I think that they would rather not do”. 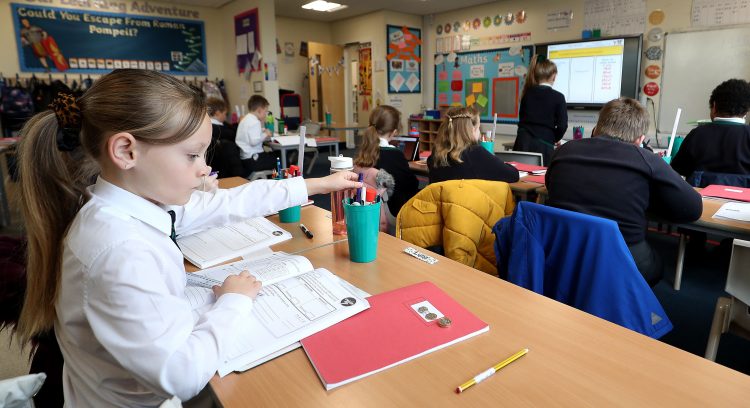 The Children’s Commissioner has said girls “do like hard maths” in an apparent criticism of another Government tsar’s previous comments about girls’ dislike of taking A-level physics.

Speaking at the Confederation of School Trusts’ annual conference in Birmingham on Friday, Dame Rachel de Souza said she had opened Sir Isaac Newton, a maths and science post-16 free school in Norwich, adding: “I just want to tell you that in my view, girls like hard maths.

“And the girls in the Big Ask (her survey of children post-pandemic) that I spoke to talked about the importance of female STEM role models, that was more the issue going into the classroom when there were all boys in physics, it wasn’t that they couldn’t do hard maths.

Earlier this year, the Government’s social mobility tsar and headteacher Katharine Birbalsingh said “physics isn’t something girls tend to fancy” and that “there’s a lot of hard maths in there that I think that they would rather not do”.

Dame Rachel also said she had visited Ark Boulton Academy on Friday and that “the children and the mums and families talking about ‘there is no safe place to go, and that is why our kids are sitting in playing on their PS4, because I’m scared of what they’re going to meet down in their local shop, in the street and I’m worried about the park’”.

She added that online, there was some “unbelievably harmful content” for children and that parents had told her they were “absolutely terrified” about keeping children safe.

She said pupils had talked to her about “poverty, about housing, overcrowding, what it’s like to sleep in a bedroom, sleep in a living room as your bedroom with ten others and try to get an education”.

Dame Rachel said the “number one” priority for schools and trusts would be getting children back to school in September and has set a 100% attendance target for the 2022 autumn term.

“Whether it’s the secretary of state or whoever it is standing up here, that’s where we want the resources to go,” she said, adding that if trusts said they would get every pupil back “whatever it takes, then I know we will do better”.

Jo Saxton, Ofqual chief regulator, told the CST conference that pupils did not want Covid grades and “really, really want to do their exams”.

She said that this year was a “staging post” before returning to pre-pandemic GCSE and A-level grading standards.

“I must be clear that whilst on the one hand this will be the most generously graded series of examination results ever and that nevertheless results will be higher than they were in 2019, results will be lower than in 2021.

“Your schools are likely to find their results are lower than 2021 when exams did not go ahead. Schools that achieve results higher than 2021 are going to be few and far between.”

She added: “I see it as my job to make sure that no student is disadvantaged by a maths question that relies on understanding seating names in a theatre or that your ability to be assessed in a foreign language doesn’t hinge on whether or not you know the etiquette of a skiing trip”, referring to previous GCSE exam questions which have been criticised as socially exclusive.