Katharine Birbalsingh will claim people from poor backgrounds should aim to take "smaller steps" instead of going for top universities. 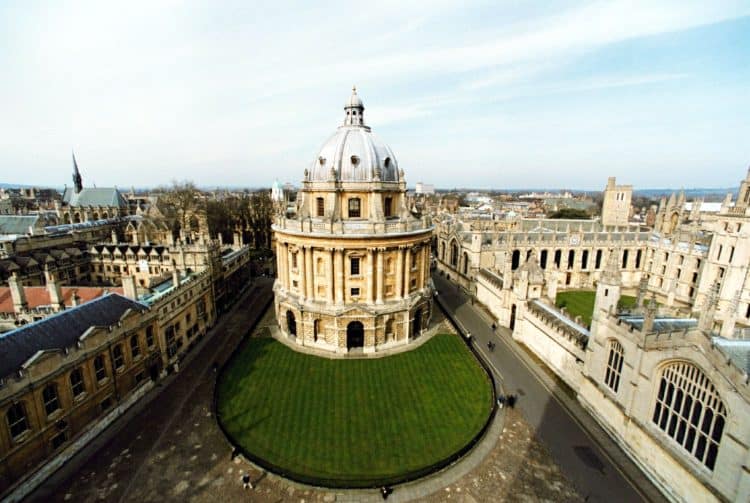 People from poor backgrounds should not aim for Oxbridge – and should take “smaller steps” instead, the government’s new social mobility tsar will claim.

In her first speech as the Chairman of the Social Mobility Commission, Katharine Birbalsingh will argue that there is too much focus on getting people from deprived backgrounds into top universities and elite professions like surgeons and bankers.

Instead, she will argue that the emphasis should be on people taking small steps up the ladder.

“We want to move away from the notion that social mobility should just be about the ‘long’ upward mobility from the bottom to the top – the person who is born into a family in social housing and becomes a banker or CEO,” Birbalsingh is expected to say.

“We want to promote a broader view of social mobility, for a wider range of people, who want to improve their lives, sometimes in smaller steps.

“This means looking at how to improve opportunities for those at the bottom – not just by making elite pathways for the few – but by thinking about those who would otherwise be left behind.”

Known as “Britain’s strictest headteacher”, Birbalsingh will call for a radical shift in the way Britain views social mobility.

She will rail that success is too often defined as a caretaker’s daughter going to Oxbridge becoming a top surgeon – and instead, focus should be placed on the daughter of a care worker becoming a primary school teacher.

Birbalsingh – the founder and headmistress at Michaela Community School in north London – first rose to prominence at Tory party conference in 2010, where she claimed schools had been “blinded by Leftist ideology”.

She will reportedly use the speech to claim that there’s no “one size fits all model of social mobility”, asking: “If a child of parents who were long-term unemployed, or who never worked, gets a good job in their local area, isn’t that a success worth celebrating?

“Would we really say that it doesn’t count as social mobility because they are not a doctor or lawyer?

“What can we do for those young people and adults who have not followed the higher education pathway but still need a route to high skills and good occupational opportunities?

“And what more should be done about those at the very bottom – particularly those with low levels of basic literacy and numeracy – who cannot therefore take advantage of higher learning and are unable to access higher paid work?”

Related: A Tory MP tried to challenge Lisa Nandy on levelling up and it did not go well