"Brutal and brilliant stuff," wrote one person after watching her fantastic video. 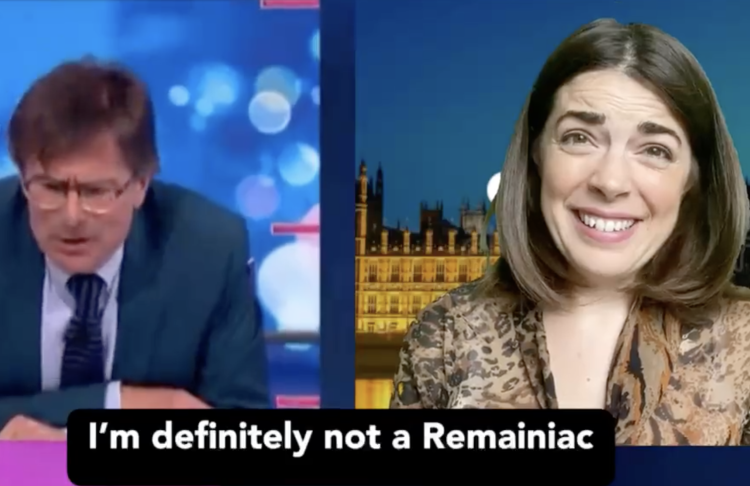 Suella Braverman appeared on Robert Person’s show and made some pretty bizarre comments.

She claimed that the Northern Irish economy is struggling. It is actually the second-best performing in the UK behind London.

Then she called Peston a ‘remaniac.’

If that wasn’t enough she explained why the government was breaking the law.

She is the attorney general…

So step forward Rosie Holt to parody this. I didn’t think it was possible as it was already a total farce.

But as ever I was wrong and Rosie nailed it.

LOTS of people loved it

As usual, some people don’t get it…