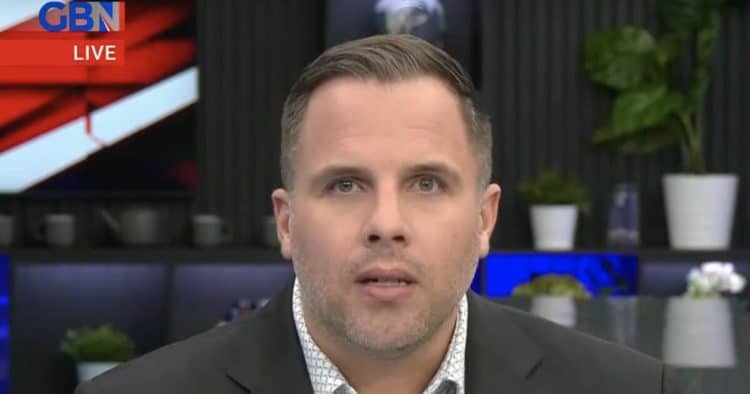 The GB News presenter seemingly ignored the small issue of a war involving one of the biggest natural gas producers in the world in making a strongly-worded point about “virtue signalling”.

He said: “We are facing an existential energy crisis this winter – in fact, it’s an energy catastrophe – because we let the middle-class leftie remoaner lunatics who dominate British politics enact their virtue signalling plans without a hint of considering the dire consequences.”

Calling for more nuclear plants to be built and bans on fracking to be reversed, he said Lib Dem leaders Nick Clegg and Sir Ed Davey should “hang their heads in shame” for landing us in this mess.

Wootton also blamed Theresa May for “damning us” to Net Zero by 2050.

Quoting the Daily Telegraph’s associate editor Camilla Tominey, he said the rush to decarbonise the economy will get even worse when the “green extremists enact more of their plan”.

Confessing to be an environmentalist himself, he said that even he knows that the environment will have to wait as we face the energy crisis head-on.

“We’ll be eating insects and banned from travel, while they continue to down beef carpaccio on private jets”, he said as he turned his ire on Prince Harry.

Does he not know there’s a war on?!