The former footballer’s lawyer cited his Euro 96 goal celebration as an example of an innocent embrace as he faces sexual assault charges. 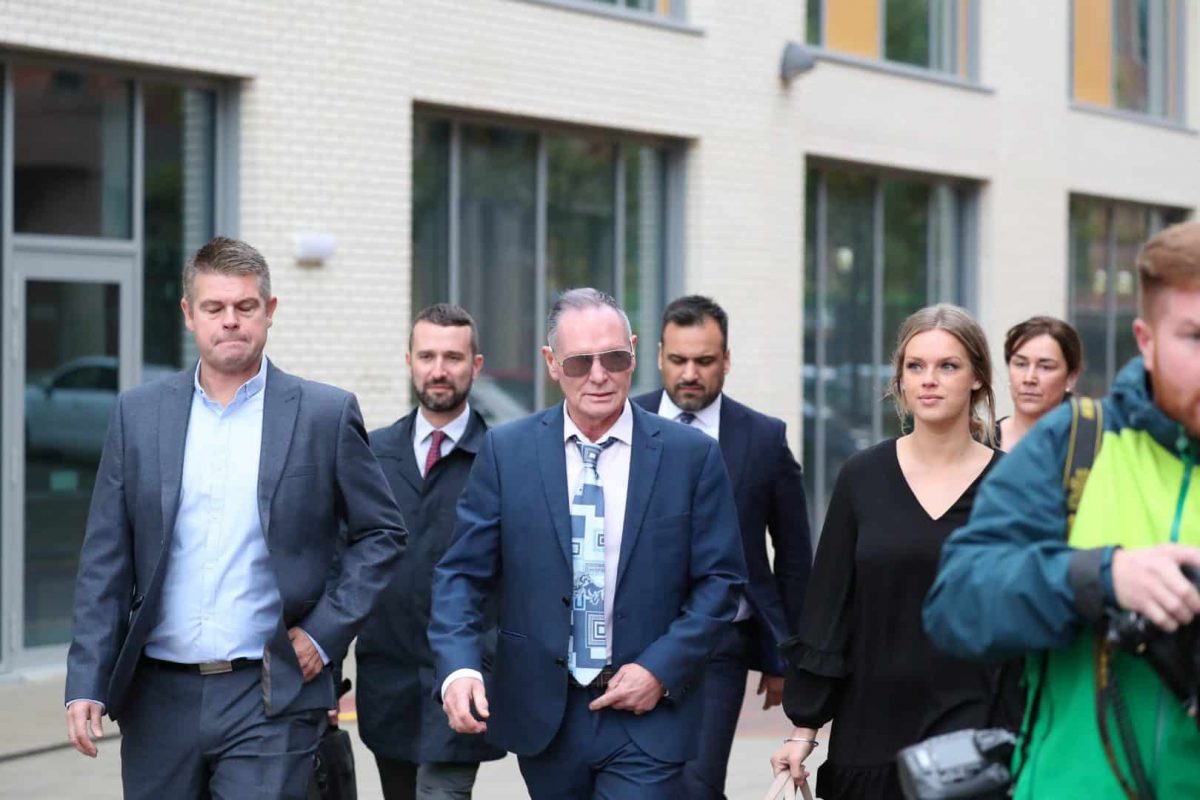 Jurors trying Paul Gascoigne on a sexual assault charge after he kissed a woman on a train have been told they will be offered an alternative charge of assault by beating.

The 52-year-old former football star denies sexually assaulting the woman on a York to Newcastle train in August 2018, saying that he had only kissed the complainant to reassure her after overhearing someone call her fat.

Summing up the case, Judge Peter Armstrong said the alternative, less serious charge of assault by beating should only be considered if they cleared him of sexual assault.

In her closing speech to the jury at Teesside Crown Court, Michelle Heeley QC, defending, told jurors the former footballer kissed a woman who was not expecting it and did not like it, but that did not make him a sex offender.

She said: “You may think, 14 months after this incident, this is really a sexual assault, or nothing.”

Referring to his illustrious international career, she said a kiss could mean many things, including a celebration “when you score one of the greatest goals England has ever seen, against Scotland in Euro 96”.

She said the kiss lasted two or three seconds, on a packed train, and was not preceded by any “lecherous comment”, touching or groping.

Miss Heeley said: “You cannot be sure Mr Gascoigne had a sexual intent.

“He has been consistent throughout, he didn’t kiss (the complainant) for any other reason in his mind than to reassure her that she was not fat or ugly.

She said it might have been “misplaced”, but it was not sexual.

In his closing speech to the jury, prosecutor William Mousley QC said of Gascoigne’s account: “Right from the start, members of the jury, he lied and lied and lied.

“He lied right up to and including the time when he was giving evidence in court yesterday.

“There’s an obvious reason as to why he lied and that’s because he knows he is guilty of sexual assault but wants to put up a smokescreen, cause a diversion, suggest it was not as it so obviously was.”

Mr Mousley said of the kiss: “Either it was an unpleasant assault, or it was an act of kindness. Guilty if the former, not guilty if it were the latter.

“This is a case, we submit, about truth and lies.

“There is a stark difference between the two and we submit that if you approach this case by deciding which facts you are sure about, that will lead you to a conclusion one way or the other.”

Referencing Gascoigne’s suggestion that he only sounded slurred during the train journey because he had taken a bridge of false teeth out, Mr Mousley said the former footballer had “lied through his teeth, whichever teeth they were”.

He told jurors that the defendant’s celebrity status means that he “is not deserving of special treatment”, but equally that it should not prejudice his case.