A group of Bury supporters are attempting to form a phoenix club. They would have to apply to the Football Association (FA) for entry into non-league football next season. 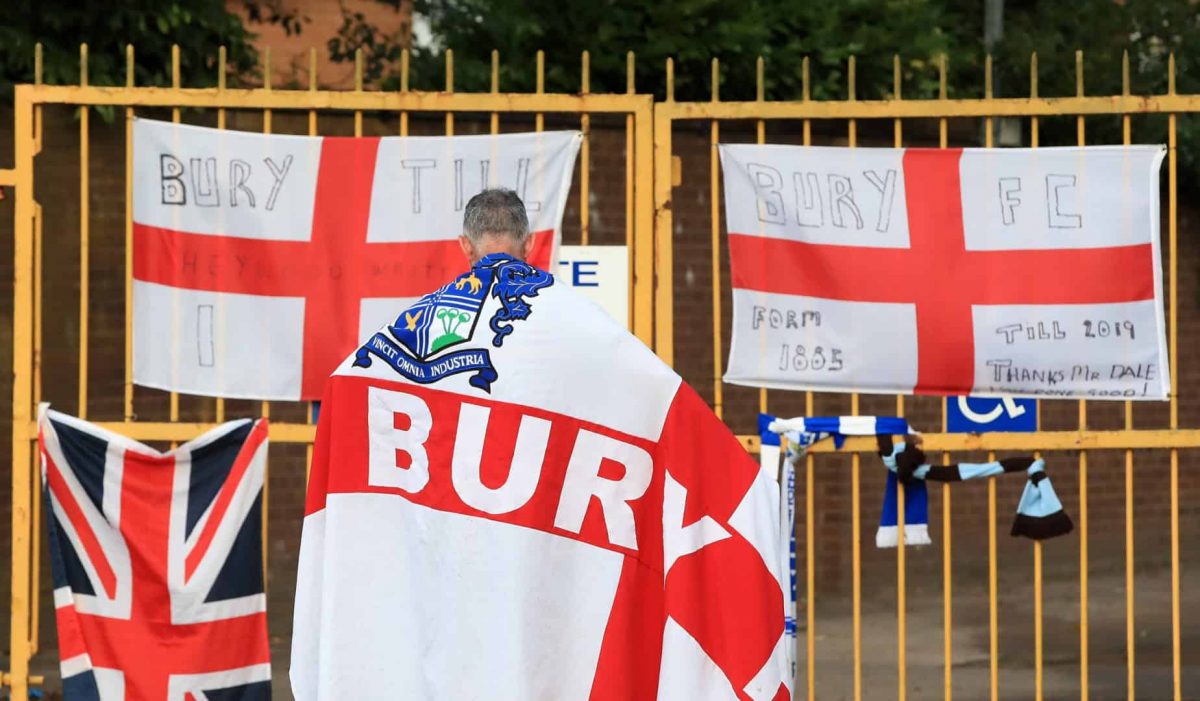 Bury have been granted a 14-day extension after a winding-up petition brought by HM Revenue & Customs was adjourned in the High Court.

The Shakers were expelled from the English Football League in August because of financial problems.

A prospective buyer for the 134-year-old Greater Manchester football club fell through on Monday, leaving Bury on the brink of liquidation.

Judge Mark Mullen analysed Bury’s case at an Insolvency and Companies Court hearing in London on Wednesday after being told of the club’s tax debts.

Lawyers representing HM Revenue and Customs had made an application to wind up the Shakers, who were founded in 1885. The judge said he would reconsider the case on October 30.

In June, the judge had heard that Bury owed nearly £1million in tax and had other debts.

The Shakers won promotion to Sky Bet League One last season, but English Football League (EFL) officials expelled the club in August after bosses failed to show they could pay debts. The club have now been given the additional time to pay back smaller businesses.

Fans attempt to form a a phoenix club for Bury

A group of Bury supporters are attempting to form a phoenix club. They would have to apply to the Football Association (FA) for entry into non-league football next season.

Speaking to BBC Radio Manchester on Tuesday, Labour Party MP James Frith said: “In the event that the club is liquidated, we have to carry on with the plan which is an application to the National League system with a new incarnation of Bury Football Club.

“From my conversations with the FA, that can include what they call mitigation, which would mean our application would be considered alongside the size and heritage of our club.

“While liquidation would ordinarily mean entry to the lowest step in the pyramid, there is an outside chance with Bury’s circumstances – and this would be featured in any application we would make – being returned to an appropriate level within the National League system.”

The team finished the 2018–19 season as runners-up in EFL League Two, the fourth tier of the English football league system. However, on 27 August 2019, Bury were expelled from the Football League due to a legacy of unpaid debts and poor ownership that had been going on even before Steve Dale bought the club for £1 from previous owner Stewart Day.

Day put the North West club was up for sale again five months later, complaining that its difficulties “turned out to be far in excess of what we could have comprehended.”

As the club struggled to play football this season, Ivan Lewis, the Independent MP for Bury South, called on the Shakers’ rather more fortunate Premier League Greater Manchester neighbours Manchester City and Manchester United to assist.