That way, when lefty lawyers stop half of them from travelling you still have a full flight, he said. 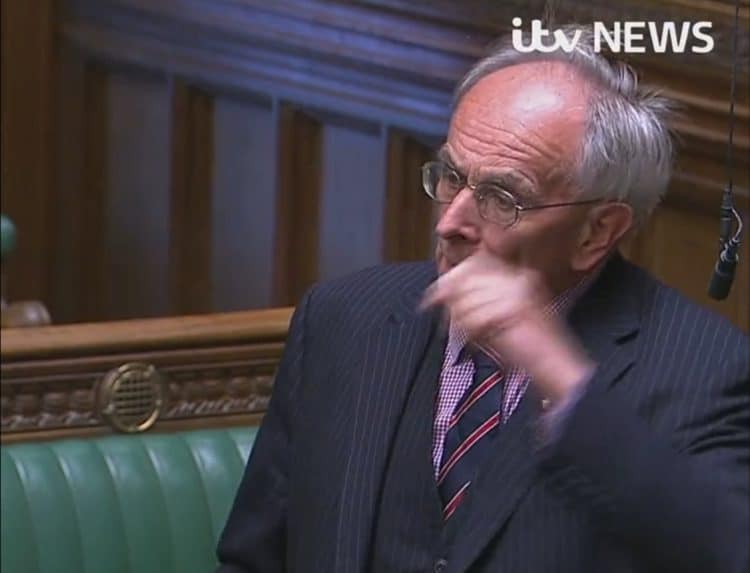 A Conservative MP has urged Priti Patel to book five times more asylum seekers on deportation flights to prevent “lefty lawyers” from intervening in their removal.

Yesterday, Court of Appeal judges rejected a last-ditch legal bid to block the first flight due to relocate asylum seekers to Rwanda under a controversial Government policy.

The Public and Commercial Services union (PCS), which represents more than 80 per cent of Border Force staff, and charities Care4Calais and Detention Action challenged a High Court judge’s refusal to grant an injunction on Friday, which meant the first flight to the east African country could go ahead today.

Reacting to the legal intervention in parliament, Tory MP Peter Bone suggested that Patel book 250 people on the deportation flights rather than 50 to ensure that “when they stop half of them from travelling you still have a full flight.”

The comments have been branded “shameful” by people on social media.