The possibility of jabs for all children aged five to 11, was “still under very active consideration”. 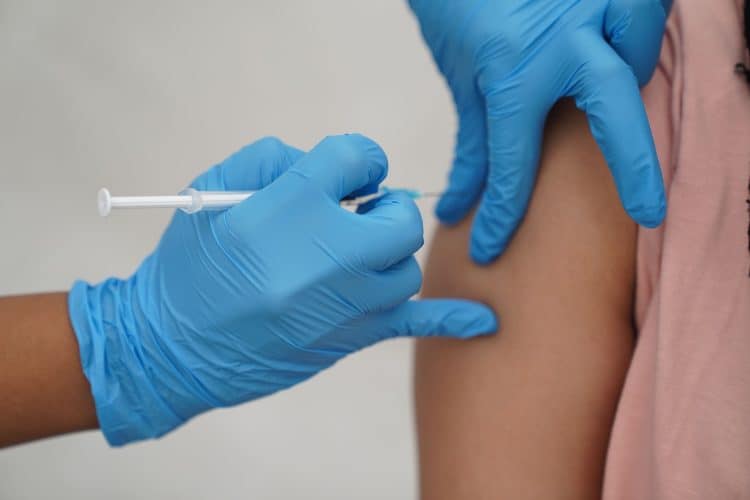 Older adults in the UK may need to receive a fourth dose of the Covid-19 jab, a scientist has suggested.

It comes as an estimated 1.4 million people in the UK had Covid-19 in the week ending December 16, the highest number since comparable figures began in autumn 2020, the Office for National Statistics said.

Professor Adam Finn, professor of paediatrics at the University of Bristol and a member of the Joint Committee on Vaccination and Immunisation (JCVI), said elderly adults who had received their boosters early “may need a further jab”, although he added that this had “not been decided yet” and that it was “still very much in doubt” whether all adults would get a fourth dose.

Prof Finn told LBC Radio there was a need to “see how things go through this wave and beyond” but said he thought there would “probably” be people who received a fourth jab.

He said discussions were still under review but that the JCVI would provide recommendations on fourth doses of the vaccine at “some point in the new year”.

On Tuesday, Israel became the first country set to offer a fourth dose of the vaccine to those over 60 and healthcare workers, in an effort to increase protection against the Omicron variant.

Israeli prime minister, Naftali Bennett, urged those eligible to “go and get vaccinated”, with a rollout expected over the next few days.

Prof Finn also raised the possibility of jabs for all children aged five to 11, saying this was “still under very active consideration”.

But he said that there were “very, very few severe cases” within this age group, and added that the Government had introduced vaccination for older children to prevent disruption to education and reduce transmission rates, whereas with the Omicron variant, “the ability of the vaccines to do that will be reduced”.

A Government-backed study published on Wednesday found that Covid infections among five to 11-year-olds are three times more prevalent than in the general population.

REACT-1, a joint study by Imperial College London and Ipsos Mori, found that an estimated 4.47% of primary school-aged children have the virus, in contrast with 1.41% across the country overall.

On Wednesday, the JCVI recommended vaccinations for about 330,000 five to 11-year-olds.

The JCVI updated its advice after the UK’s Medicines and Healthcare products Regulatory Agency (MHRA) approved the jab for this group following a robust review of safety data.

A low-dose version of the Pfizer/BioNTech vaccine will be offered to those aged five to 11 who are clinically vulnerable, or who are a household contact of someone who is immunosuppressed.

Children in this group will be offered a primary course of vaccination – typically two doses.

Related: Reactions as Allison Pearson writes in Telegraph ‘It’s time for humanity to prevail over scientists’