'I bet the Brexit fans will love seeing signs at petrol stations for: "Unleaded £7.66 per gallon."' 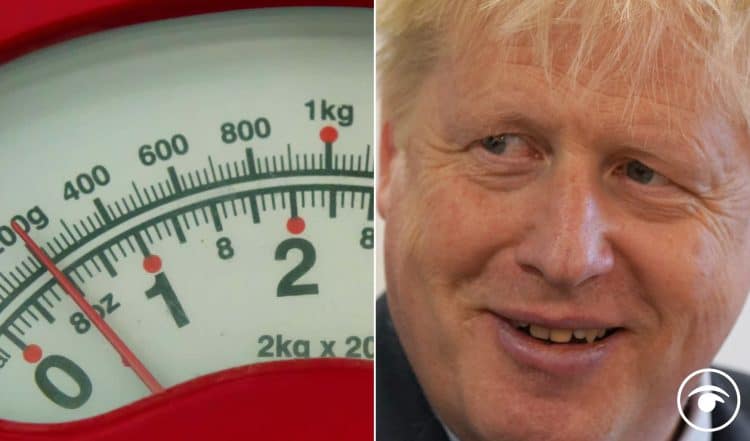 It would fulfill one of his post-Brexit pledges.

Sky News reported he will announce on Friday that imperial measurements are to be revived as part of a bonfire of EU regulations.

The plan is earmarked as “red meat” designed to appeal to pro-Brexit voters in Red Wall constituencies and older Conservative supporters.

It will be denounced as a waste of taxpayers’ money and many under 40, may struggle with the change.

At present traders are legally obliged to use metric measurements such as grams, kilograms, milli-litres and litres when selling packaged or loose goods in England, Scotland and Wales.

Back in 2019 Mr Johnson promised a new “era of generosity and tolerance towards traditional measurements” and claimed measuring in pounds and ounces was an “ancient liberty”.

And in a policy paper entitled “Brexit Opportunities” last September, the Cabinet Office vowed to “review the EU ban on markings and sales in imperial units and legislate in due course”.

At the time Lord Frost declared: “Overbearing regulations were often conceived and agreed in Brussels with little consideration of the UK national interest. We now have the opportunity to do things differently.”

Business Minister Paul Scully added: “We are reviewing the EU ban on the use of imperial units for markings so that businesses have more choice over the measures they use.

“This is an important step in taking back control of our national rules, and we will consult to ensure that we have the best evidence available on which to make changes. An assessment of the economic impact on businesses will be carried out in due course.”

We will just leave these here…