The crown stamp had been used on pint glasses for more than 300 years to show they are large enough to hold a full pint. 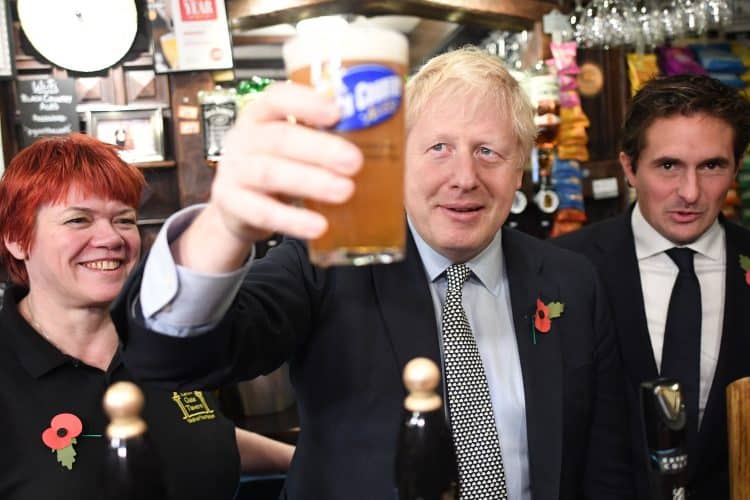 Boris Johnson is set to make an announcement that could pave the way for increased use of imperial measurements after the UK’s break with the European Union, reports have said.

The UK Government is preparing to open a consultation into how to further incorporate imperial measurements in Britain, the PA news agency understands.

According to the Sunday Mirror, the Prime Minister wants to make the announcement on Friday to coincide with the Queen’s Platinum Jubilee.

The newspaper said Downing Street hopes the move could shore up support in Leave-voting areas after Conservative polling took a hit amid revelations about lockdown-busting parties at No 10.

Never mind all the corruption at the heart of government, the Mail on Sunday led with “Cheers Ma’am. 18 years after the EU ordered us to remove the Crown symbol from our pint glasses Boris Johnsonbrings them back for Jubilee.”

So is this true?

Well, the crown stamp had been used on pint glasses for more than 300 years to show they are large enough to hold a full pint.

An EU directive, which came in in 2006, required the use of an EU-wide “CE” mark which stands for Conformité Européenne – French for “European Conformity”.

CE appears on many other products, from toys to medical devices, and it shows that they meet the EU’s safety, health and environmental rules.

But the European Commission has rejected the idea that EU rules stopped the UK from having the crown stamp on glasses as well.

A spokesperson told the BBC: “EU law does not prevent markings from being placed on products, so long as it does not overlap or be confused with the CE mark.”