He even bizarrely said Stamer would have supported 'Vladimir Corbyn' as a Labour PM, ignoring the fact he stuck the son of a KGB agent in the Lords and takes millions from Russian donors. 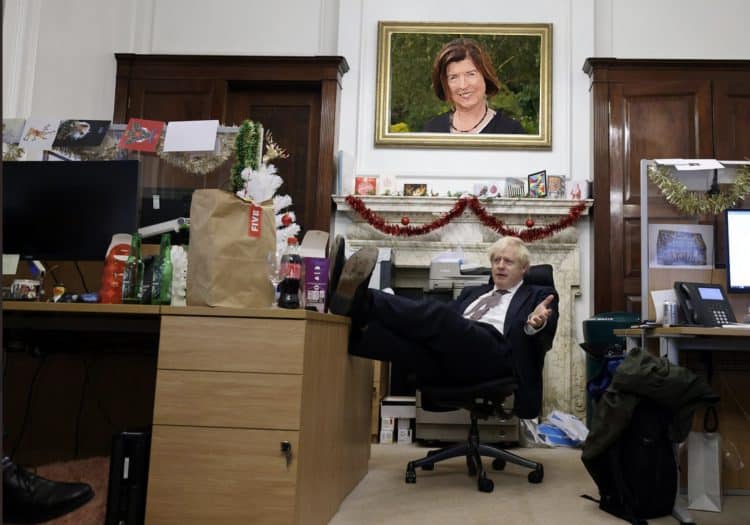 Today’s PMQs was followed by a statement on the Sue Gray report, so it was two for the price of one – Something you assume the Downing Street staffers took advantage of when they were filling suitcases with wine, or what Jamie Oliver seems so angry about.

But what sticks in your mind about the parties at Number 10?

For me, it is the reports of security and cleaning staff being mocked by political staff when they were horrified at witnessing parties that nobody else in the country was having.

A Clapham South spad ignoring the pleas of someone so far beneath them, sits like a Sir Beer Korma (yep that was a real joke by the PM today) just before bed.

This Thick of It clip doesn’t even come close.

Another story from the Sue Gray report revolves around karaoke, people throwing up and a minor altercation between some revellers as the last people staggered home at about 3am.

This is precisely what a lot of the rest of the country would have been doing, had we not been following the rules.

The PM hit a new level of irony when he urged Ian Blackford to read the full Sue Gray report.

Do you think he read the whole thing? He does what he usually does with reports and just looks at the pictures. It just so happens that in this one they are all of him raising a glass in celebration.

I lost count of the number of times that the PM said he takes full responsibility for the various jamborees in the heart of government.

But in taking full responsibility, in slogan only, he has taken no culpability.

Johnson said how many of the senior leadership team have been replaced. But the big dog was ignoring the massive elephant in the room. It is doubtful a narcissist would look in the mirror and see Mastodon looking back.

One of the excuses Johnson used to distance himself, literally, is that Downing Street has five floors and 100’s, even 1000’s of people were coming in and out on any given day.

He said this was a good reason to cut civil service numbers!

So what is the PM going to do to get himself out of the mire? It looks like a U-turn of epic proportions and a windfall tax is coming. Starmer picked up on this and said: “What is it about the Sue Gray report that first attracted Boris Johnson to publish his plan for a windfall tax this week?”

By the end of the statement to the House, the PM went from being humbled to being revived and calling on Starmer to resign. The devolution of man.

Johnson was left with little ammunition, so bizarrely said Stamer would have supported ‘Vladimir Corbyn’ as a Labour PM, ignoring the fact he stuck the son of a KGB agent in the Lords and takes millions from Russian donors.

He then said Labour LOVES to put up taxes, when his party has introduced 15 increases and the tax take is at the highest since the 1940s.

You get the feeling he will brush off these scandals and carry on. This concern was echoed by a savage comment from Andy McDonald who asked: “Can I ask the prime minister how he sleeps at night with so much blood on his filthy privileged hands?”

Well, from a man who joined an Oxford club that burned a £50 note in front of a homeless person as an initiation rite and ordered all his MPs to vote against the windfall tax on excess oil and gas profits last week, you guess he sleeps pretty well, unless there is a party going on of course, as he will have to pop in (for 15 minutes and no longer) to toast the event.