"Now, we get a lot of people who are in work poverty, so they are coming here before they head off to work, some of which I know have not-bad-paying jobs." 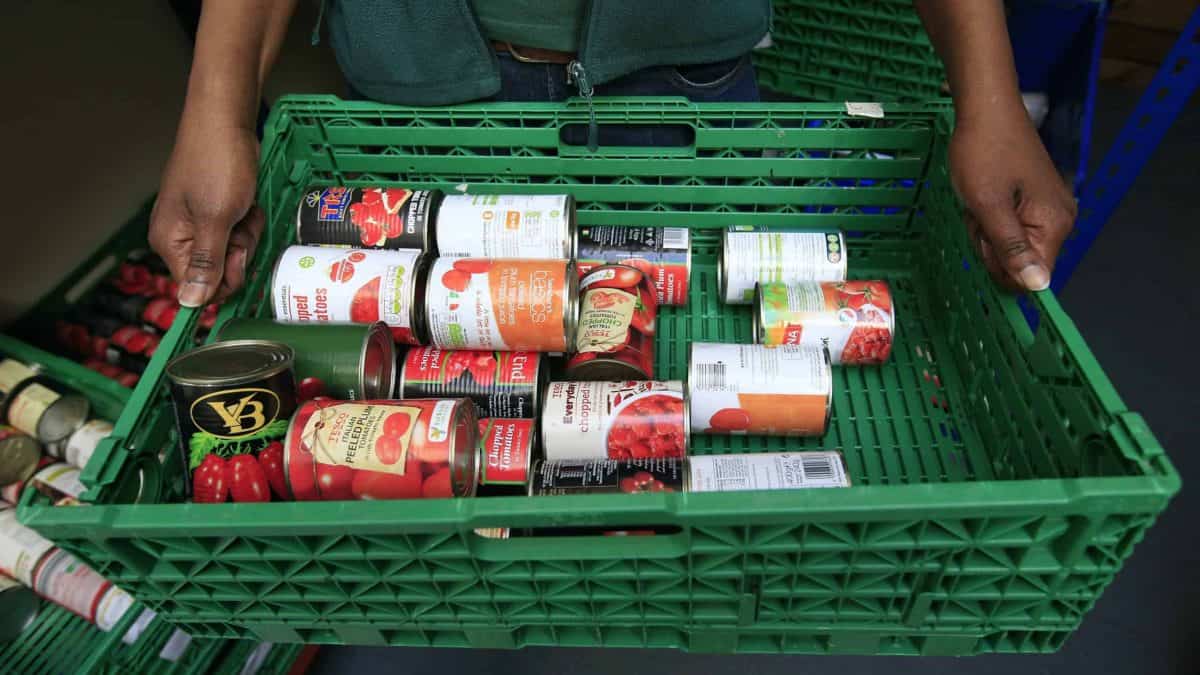 A food bank warned of people going four days without eating – as it said 130 families per week were using it.

It comes as richer households will receive twice as much support aimed at reducing the cost of living than poorer households next year, the Resolution Foundation has claimed.

The Resolution Foundation said if the government cuts National Insurance and limits energy bill rises, richer homes will get £4,700 in 2023, compared to £2,200 for the poorest.

Torsten Bell, chief executive of the Resolution Foundation, said the government’s support was “colossal” and “bold”, but warned families should “still expect a tough winter ahead, with rich households getting twice as much cost-of-living support as poorer households next year”.

Drumchapel Food Bank workers said more and more people with jobs are reaching out to them for help.

One person went four days without eating before phoning the food bank.

Volunteer Ryan McGeady said: “Now, we get a lot of people who are in work poverty, so they are coming here before they head off to work, some of which I know have not-bad-paying jobs.

“That just shows you how badly the cost-of-living crisis is affecting people.

“Especially for people who don’t already own their home and they pay their rent and bills.

“The change has been quite shocking.”

The vital service has also been receiving fewer donations and an increasing number of requests in the past few months, which has forced it to put out an urgent appeal again.

In May, the team told us that their shelves were almost empty as staff feared they would not be able to fulfil the follow week’s parcels.

Mr McGeady said: “With the rising cost of living, it seems that the middle class, who usually donate to us, have been unable to.

“We are not getting as many donations but we are also seeing an extreme rise in enquiries.

“The biggest families we have that are dependent on us are around 11 people.

“We have just been trying to keep up with this kind of demand as best as we can.

“We are making small changes to parcels by lessening the amount, which we don’t like having to do, but unfortunately just to get around to all the families it is something we have to do.”

Drumchapel Food Bank is also facing challenges beyond food distribution, as more families are “stuck at home because they can’t afford to eat out or take the kids out”.

Deliveries are every Thursday, but slots are limited to disabled or covid-positive people as the rising cost of petrol is also putting a strain on the organisation.

The volunteer, who has been with the service for more than two years, added: “We also have a lot of people ask us for activities, such as pens and paper, for children.

“I had a guy who was phoning me last week, saying he hasn’t eaten in four days.

“I told him he should have phoned after the first day.

“There is absolutely no shame in it.”