She scooped the “Campaign to Unify the Nation Trophy", or C*NT. 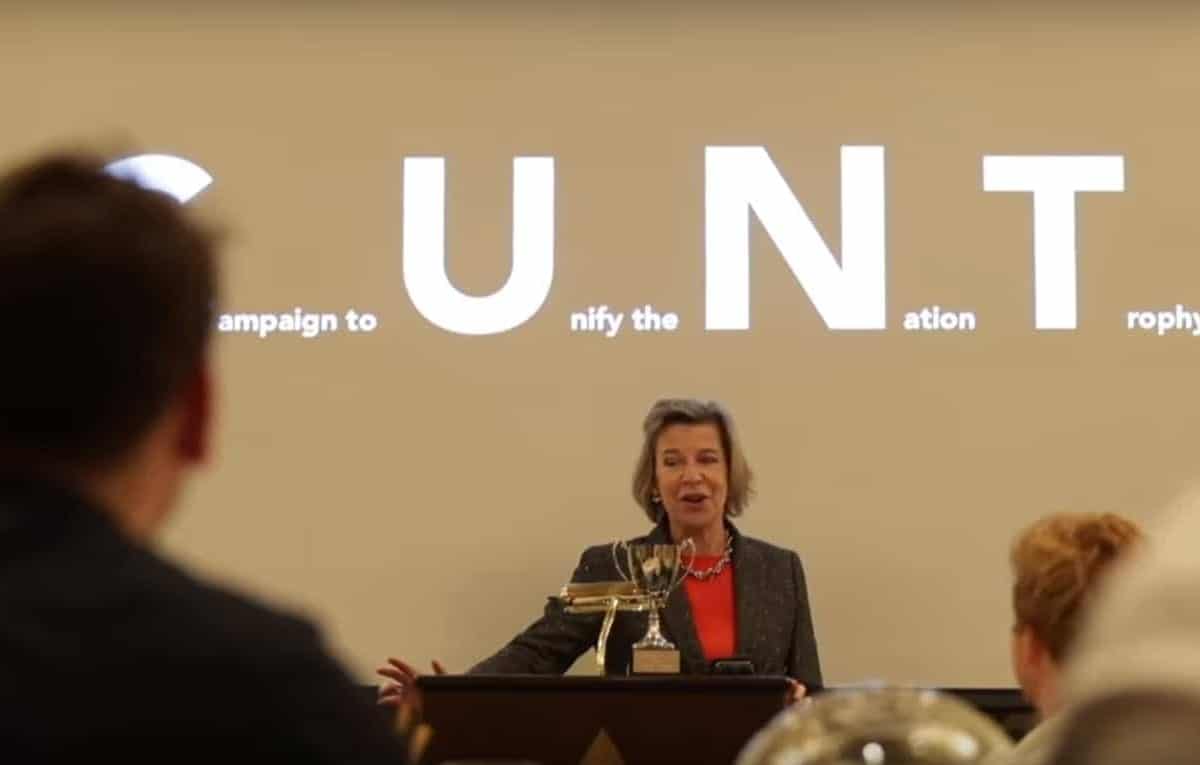 Katie Hopkins was back in the news today after announcing she will be making her first foray into the political world with UKIP.

The social media loudmouth said that it was time for somebody like herself, “who is at the pointy end of the spear most of the time”, to make more of a formalised stand in a video posted on party’s Facebook and YouTube pages.

It reminded us of a time last year when the right wing activist took YouTube by storm after flying out to Prague to pick up a completely fake award.

Josh Pieters set up a phoney ceremony to honour Hopkins, awarding her with the “Campaign to Unify the Nation Trophy”.

The mischievous prank was carried out in the same week Hopkins found out her Twitter account had been suspended for violating the site’s hateful conduct policy.

At least she can say she pre-dated Donald Trump on that one!