Hopkins flew out to collect the Campaign to Unify the Nation Trophy. 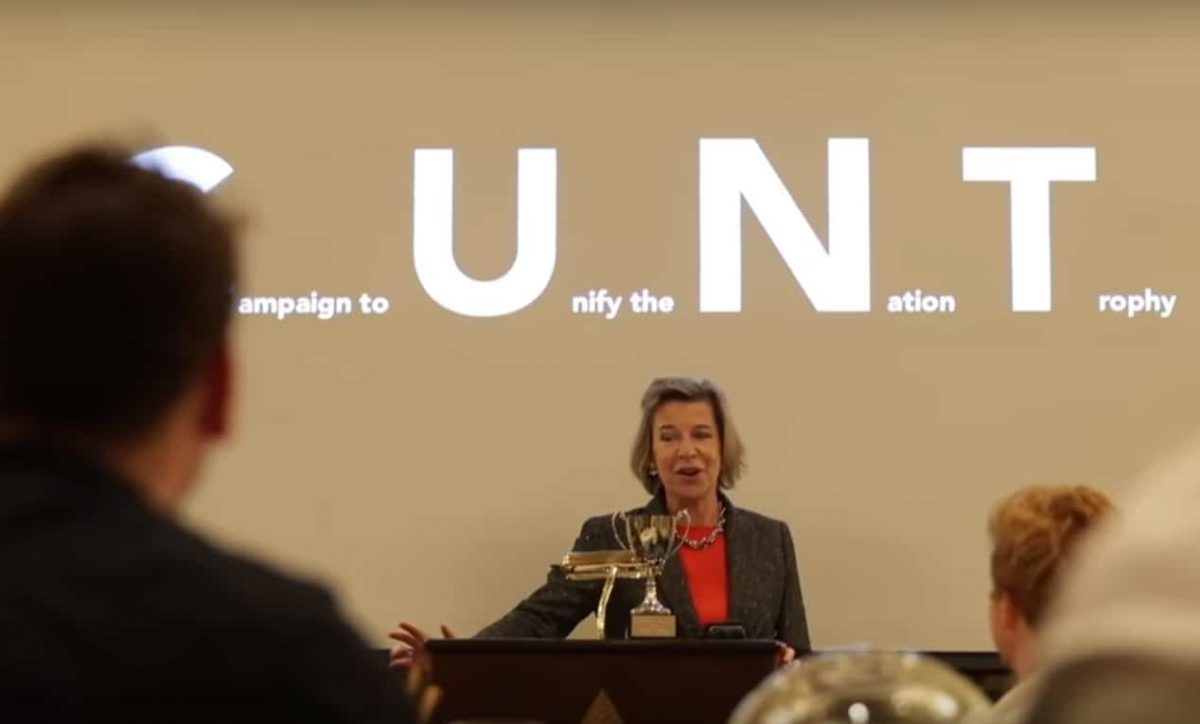 A YouTube prankster has taken the internet by storm after he flew Katie Hopkins to Prague to pick up a “completely fake” award.

Josh Pieters set up the phoney ceremony earlier this week to honour the far-right figure.

When she stepped up to collect the “Campaign to Unify the Nation Trophy”, the letters were rearranged to spell out the C-word.

The mischievous prank was carried out in the same week Hopkins found out her Twitter account had been suspended for violating the site’s hateful conduct policy.

Ms Hopkins’ account has more than one million followers, with several of her tweets previously shared by Donald Trump, the US president.

The only tweet still visible on her main profile page on Thursday morning was from a critic accusing her of inciting racial hatred with messages directed at the rapper Stormzy.

Related: EU urged to ‘leave a light on’ for Scotland