She also said that she was "sick to death" of Brits being put to the "back of the queue for everything". 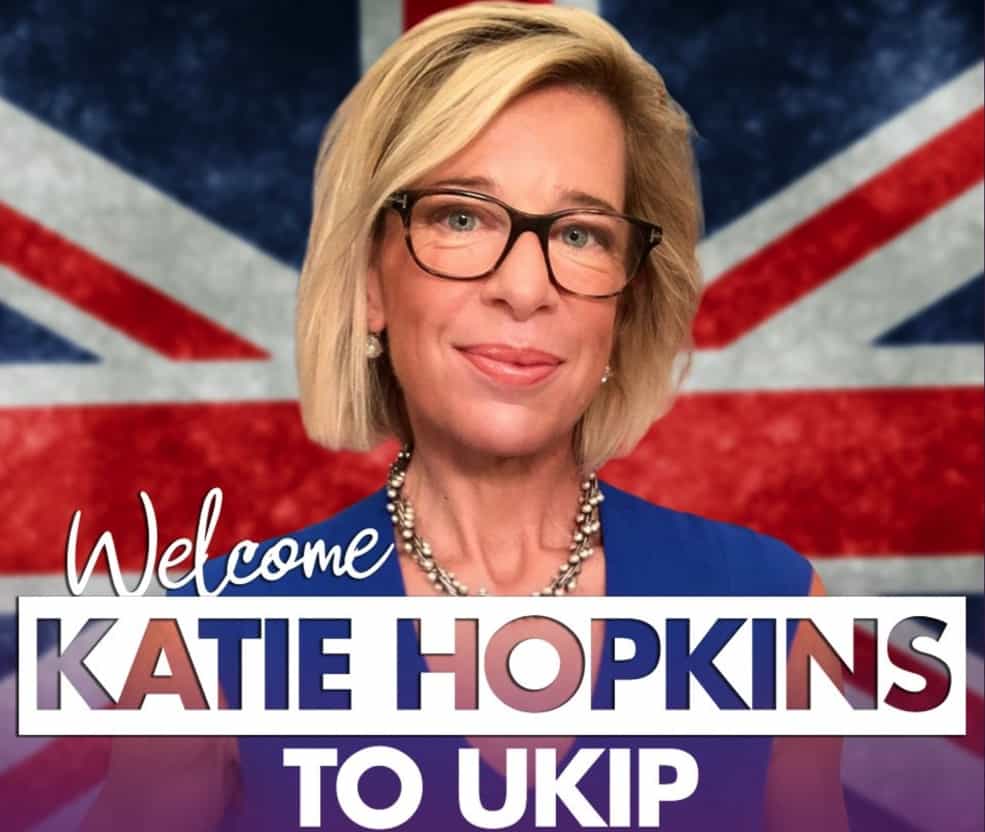 Right wing commentator Katie Hopkins has announced she is joining UKIP, saying the time for just being on social media is over.

The media loudmouth pre-dated Donald Trump in being suspended from Twitter after the social media giant said she had violated its hateful conduct policy with her opinions which have often sparked controversy.

But she was able to announce her intentions of getting into politics on UKIP’s Facebook and YouTube pages, where she will join interim leader Neil Hamilton among others.

? We are pleased to welcome Katie Hopkins to UKIP!