"Keep the European Convention, it's a fine thing… We wrote it." 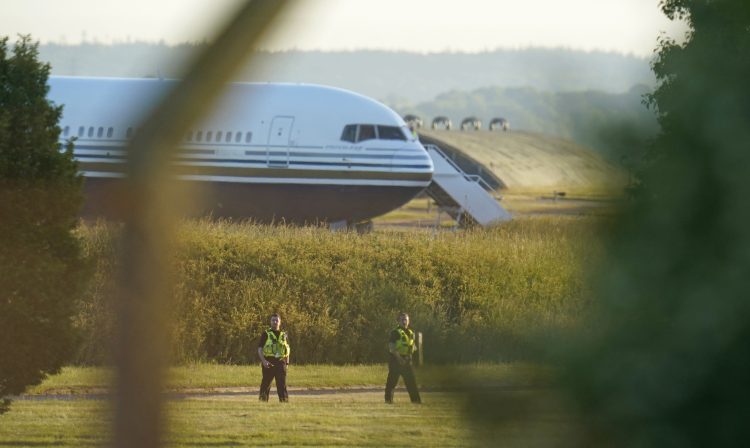 Reminders of Boris Johnson’s stoic defence of the European Convention on Human Rights have been circulating after the body successfully grounded a deportation flight headed for Rwanda last night.

The ECHR confirmed that it had granted an urgent interim measure in regards to an Iraqi national, and it is understood the Court was considering a number of further requests.

The appeals were considered by an out-of-hours judge on papers, overruling the UK rulings.

It is understood that, at the present time, there is not a route for the Home Office to appeal against the decision.

There was a widespread backlash among right-wingers following the eleventh-hour intervention.

Priti Patel said: “It is very surprising that the European Court of Human Rights has intervened despite repeated earlier success in our domestic courts.

“These repeated legal barriers are similar to those we experience with other removals flights and many of those removed from this flight will be placed on the next.

“We will not be deterred from doing the right thing and delivering our plans to control our nation’s borders.

“Our legal team are reviewing every decision made on this flight and preparation for the next flight begins now.”

But they should consider that prime minister Boris Johnson is a big fan of the ECHR.

In 2016, the former London mayor praised the document drawn up under Winston Churchill.

He told Vote Leave backers at York Racecourse: “We wrote it and actually I am a supporter of it.

“I think it was one of the great things we gave to Europe. It was under Winston Churchill, it was a fine idea in the post-War environment.

“I am not against the European Convention or indeed the Court because it’s very important for us – the judgements of the European Court of Human Rights do not have to be applied either by the UK courts or by the UK Parliament.

“The judgements of the European Court in Luxembourg do and Luxembourg is supreme.”

He added: “Keep the European Convention, it’s a fine thing. Get out of the EU.”