Fish have “complex” personalities, according to new research. Scientists studied how tiny guppies behaved in various situations, and found complex differences between individual fish. The researchers tested whether differences could be measured on a “simple spectrum” of how risk-averse or risk-prone guppies were. But they found variations between individuals were too complicated to be described […] 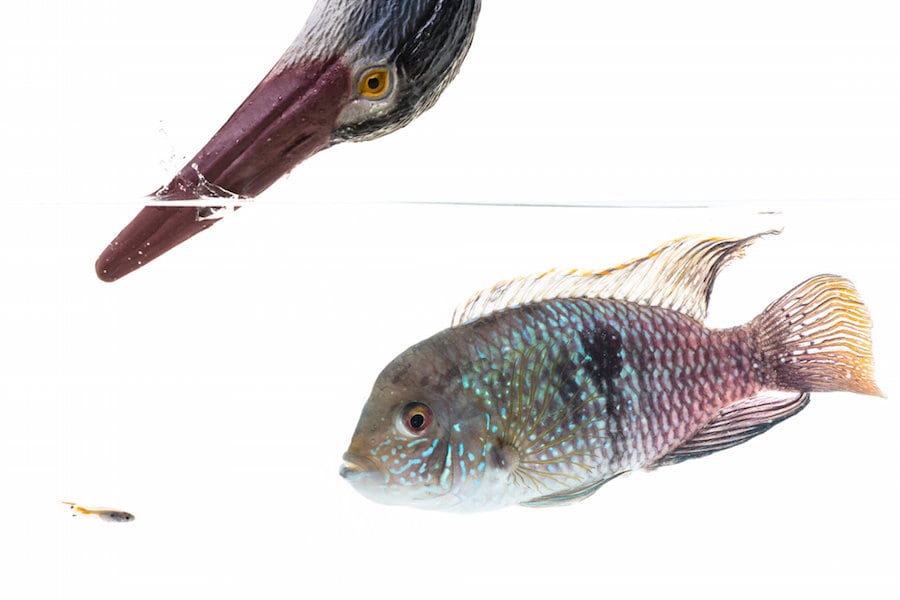 Fish have “complex” personalities, according to new research.

The researchers tested whether differences could be measured on a “simple spectrum” of how risk-averse or risk-prone guppies were.

But they found variations between individuals were too complicated to be described in this way.

Dr Tom Houslay, of the Centre for Ecology and Conservation (CEC) on the University of Exeter’s Penryn Campus in Cornwall, said: “The idea of a simple spectrum is often put forward to explain the behaviour of individuals in species such as the Trinidadian guppy.

“But our research shows that the reality is much more complex. For example, when placed into an unfamiliar environment, we found guppies have various strategies for coping with this stressful situation – many attempt to hide, others try to escape, some explore cautiously, and so on.

“The differences between them were consistent over time and in different situations.

!So, while the behaviour of all the guppies changed depending on the situation – for example, all becoming more cautious in more stressful situations – the relative differences between individuals remained intact.”

The study, published in the journal Functional Ecology, examined the “coping styles” of guppies in conditions designed to cause varying levels of stress.

Mild stress was caused by transferring fish individually to an unfamiliar tank, and higher levels of stress were caused by adding models of predatory birds or fish.

The presence of predators had an effect on “average” behaviour – making all of the guppies more cautious overall – but individuals still retained their distinct personalities.

Professor Alastair Wilson, also from the CEC at the University of Exeter, added: “We are interested in why these various personalities exist, and the next phase of our research will look at the genetics underlying personality and associated traits.

“We want to know how personality relates to other facets of life, and to what extent this is driven by genetic – rather than environmental – influences.

“The goal is really gaining insight into evolutionary processes, how different behavioural strategies might persist as species evolve.”