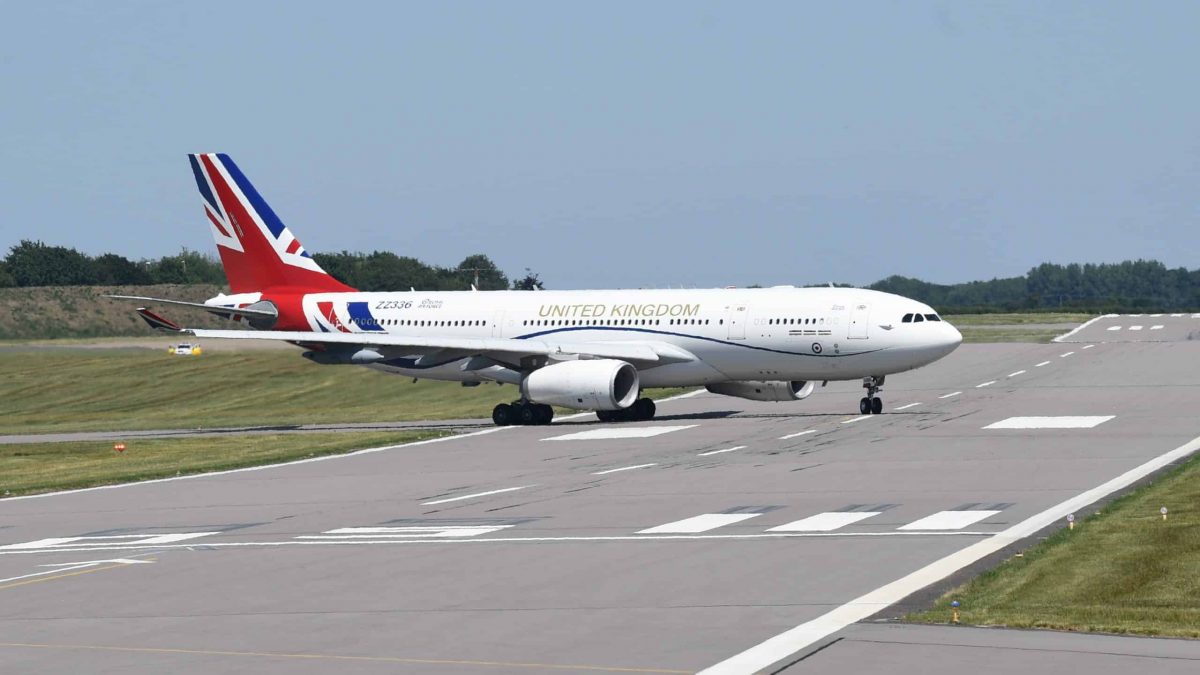 The first glimpse of the Prime Minister’s new plane could be seen today after it left an airfield in Cambridgeshire after getting a new Brexit paint job.

The former grey RAF Voyager jet took to the skies after receiving new livery which one defence source described as being like something “from Austin Powers”.

Sky News showing footage of the PM’s Voyager taking off for the first time after its £900k paint job pic.twitter.com/BVnOCjMJYH