Opposition MPs have reacted furiously to the bill for the paint job which has been likened to something from an Austin Powers film. 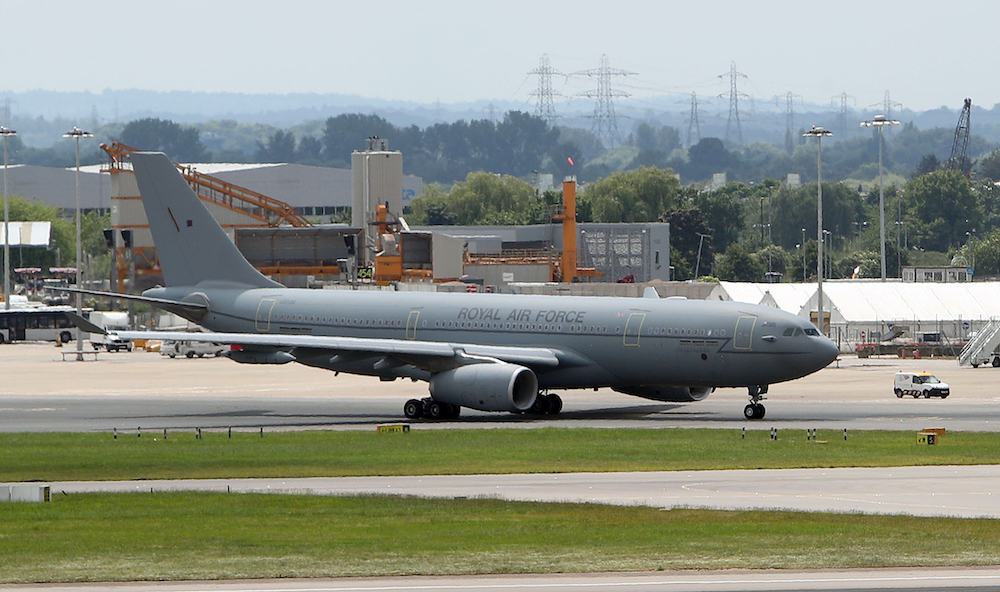 Opposition MPs have reacted furiously after Downing Street confirmed that work to paint a military plane used by the Prime Minister in the colours of the Union flag will cost almost £1 million.

The grey RAF Voyager jet is currently receiving a pre-planned makeover at an airport in Cambridge, with one defence source reportedly saying the new design sounded like something “from Austin Powers”.

Confirming the red, white and blue paint job, Downing Street said the work would cost “around £900,000” and would mean that the plane can better represent the UK around the world with “national branding”.

But criticising the bill, acting Lib Dem leader Sir Ed Davey compared it with the cost of drugs used to treat Covid-19 patients.

Flag on a plane

Sir Ed tweeted: “The drug dexamethasone, that can potentially save the lives of people with coronavirus, costs £5 per patient.

“Boris Johnson could have bought 180,000 doses of that, but instead he’s painting a flag on a plane.”

Labour MP Emma Hardy said: “For goodness sake. Please can we have a grown up as a Prime Minister instead of a child.”

And her party colleague Justin Madders tweeted: “What’s he painting it with, gold leaf?”

But the Prime Minister’s official spokesman pointed out that the PM was not the only who uses the jet.

He said: “The RAF Voyager used by the royal family and the Prime Minister is currently in Cambridgeshire for pre-planned repainting.

“This will mean that the plane can better represent the UK around the world with national branding, similar to many other leaders’ planes, while also retaining its military air-to-air refuelling capability.”

The spokesman defended the £900,000 cost, telling reporters: “That incorporates the cost of creating a design that will promote the UK around the world without compromising the plane’s vital military role.

“At every stage we have worked to ensure value for money for the UK taxpayer and all of the work has been undertaken in the UK, directly benefiting British suppliers.”

Mr Johnson has previously questioned why the plane is grey, saying he would like to have a “Brexit plane” to help him travel the world and promote the Government’s vision of global Britain.

He also complained in 2018 that the RAF Voyager jet, which is shared by the Prime Minister, senior Cabinet members and the royal family, “never seems to be available”.