"Why aren’t you in Moscow blowing kisses to Putin?" wrote Emma Kennedy in response to Nigel Farage's comment. 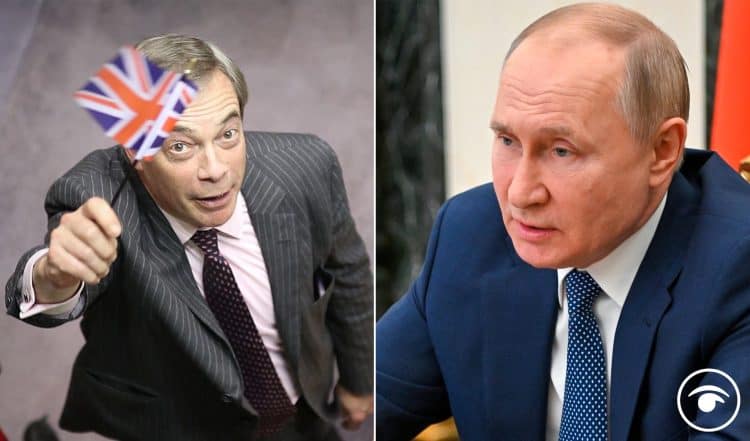 Joe Biden vowed to make Vladimir Putin “pay a price” for Russia’s invasion of Ukraine in his first State of the Union address.

The president made his remarks to highlight the bravery of Ukrainian defenders and the resolve of a newly reinvigorated Western alliance that has worked to rearm the Ukrainian military and cripple Russia’s economy through sanctions.

He delivered an ominous warning that without consequences, Russian president Putin’s aggression would not be contained to Ukraine.

“Throughout our history we’ve learned this lesson – when dictators do not pay a price for their aggression, they cause more chaos,” Mr Biden said.

“They keep moving. And, the costs and threats to America and the world keep rising.”

The State of the Union address won widespread plaudits among pundits, but one was (as ever) left with egg on his face following previous comments made just days before.

Nigel Farage tweeted: “Why is Biden not in Europe taking the lead?”, much to the bemusement of people on social media.