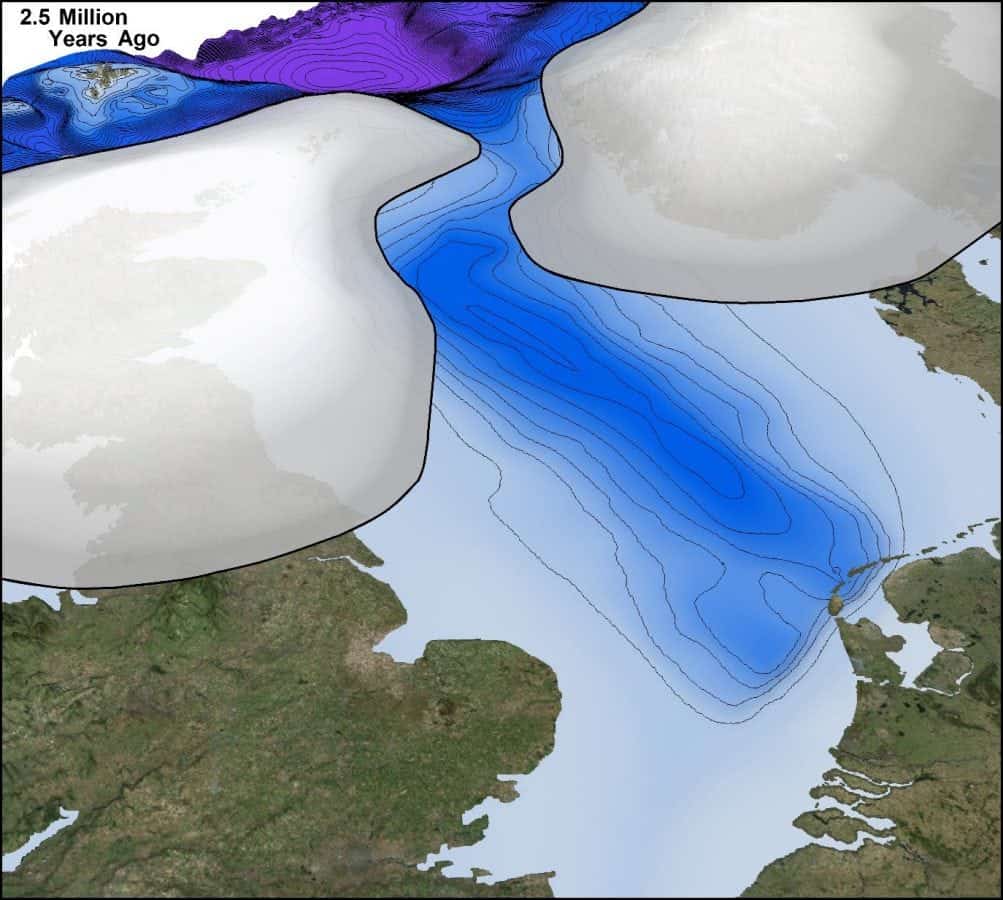 Britain was repeatedly submerged under a massive ice sheet that generated icebergs more than three times the height of Big Ben, according to new research.

The study shows for the first time that the British Isles were repeatedly covered by a huge sheet of ice extending to the centre of the North Sea over a million years earlier than previously thought,

A research team, led by scientists from the Universities of Aberdeen and Manchester, analysed sediment cores and seismic data from deep beneath the North Sea.

They discovered that extensive ice sheets repeatedly covered much of the UK and Ireland from 2.5 million years ago.

At the same time, an even larger ice sheet covered much of Scandinavia.

The researchers expalined that, back then, the North Sea was narrower and deeper than it is today, similar to a large ‘fjord’.

Periodically, the ice sheets from the British Isles and Scandinavia advanced into water depths of around 250 metres (820 feet) and generated icebergs nearly 300 metres (984 feet) high. Big Men in Westminster is 96 metres tall. 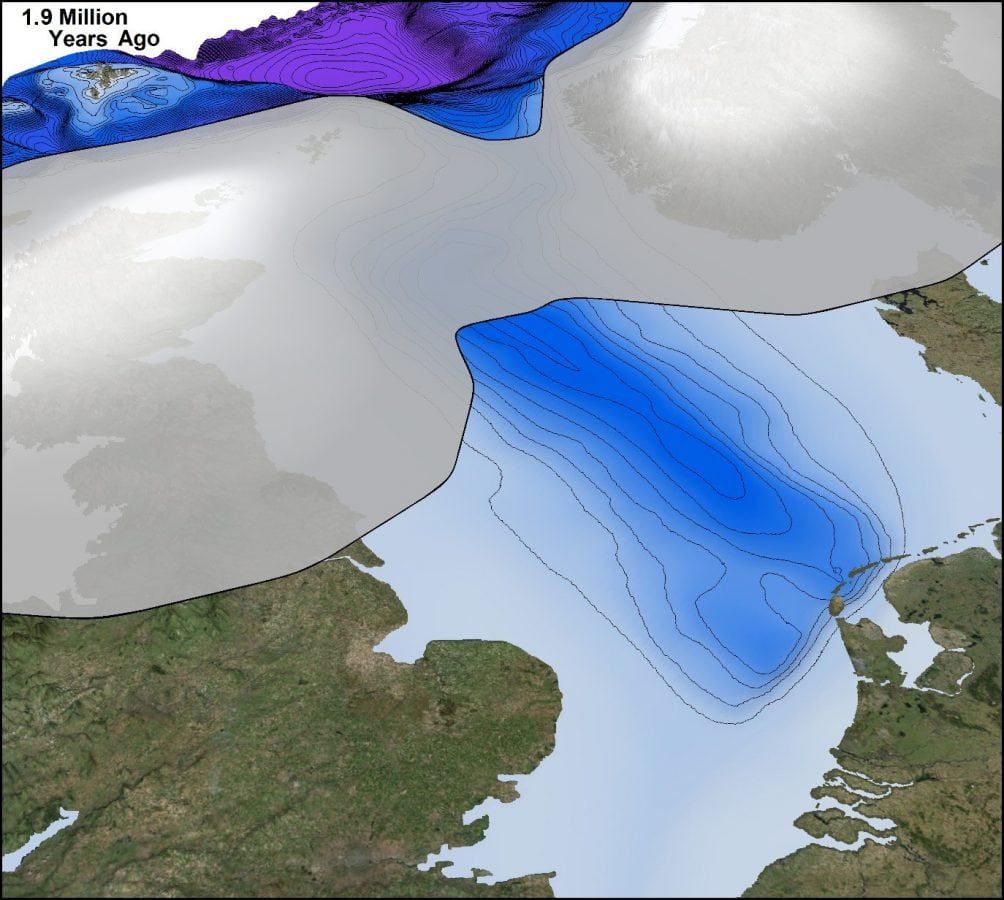 By 1.9 million years ago the two ice sheets repeatedly merged in the centre of the North Sea – filling the ‘fjord’ – as they advanced and retreated in response to climate changes controlled by the Earth’s orbit.

Up to now, the scientific consensus has been that glaciation on this scale first occurred in the North Sea about 1.1 million years ago.

Scientists say that the discovery marks a “significant breakthrough” in our understanding of the extent of past glaciation in North West Europe.

Study leader Dr Brice Rea, of Aberdeen University, said: “Through our work with Apache North Sea we obtained sediment core samples from beneath the North Sea at a depth where they are rarely obtained, and combined this with a range of geophysical datasets that were being worked on at the University of Manchester.”

Professor Mads Huuse, of Manchester University, said: “Through this method we could investigate, in unprecedented detail, the ancient environments preserved up to a kilometre below the modern seafloor.

“It provided evidence for the existence of a British ice sheet in the middle of the North Sea, far earlier than the current consensus.”

Dr Rea added: “Coalescence of the British ice sheet and ice from Scandinavia, which we show occurred at about 1.9 million years ago, wasn’t thought to have happened until about 780,000 years ago.

“Our findings completely change our understanding of how far back in time large ice sheets covered the British Isles and merged with ice from Scandinavia.”