"The Express, where every day is Brexitfools day," one person wrote on Twitter. 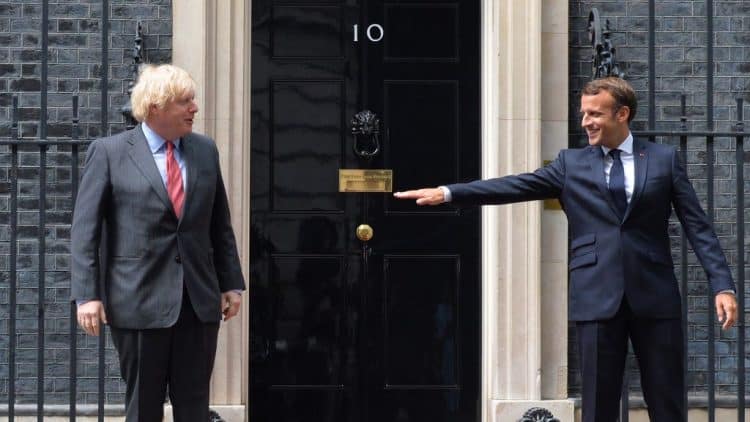 The Express has managed to outdo itself on the Brexit front today with not one but TWO Jackanory stories on our noisy neighbours in Brussels.

This morning’s front cover featured a far-fetched tale on how the European Union is poised to trigger a new travel war as “revenge for Lord Frost’s Brexit hardballing”.

Bemoaning rumours that holiday plans could be disrupted this summer, the pro-Leave paper said member states are putting off a decision on whether to permit fully vaccinated Britons to travel to the bloc “out of spit and frustration” with the Brexit minister.

It comes as Dominic Raab added France to a new ‘amber plus’ category because of an outbreak of the Beta variant on the island of Réunion – some 6,000 miles away.

Wipe UK off the map

But not content with just one sensation swipe, the newspaper swiftly followed up with a second ‘Euro myth’ which could put mythical tales of travel restrictions to shame.

According to the paper the EU has been accused of trying to“wipe the UK off the map” when a plan to merge parts of England and France into a new region with its own flag was exposed.

Digging up a story from 2011, five years before the Brexit referendum, they found that senior Tories had revealed details of an EU plot to “carve up Britain” by setting up a cross-Channel region.

If approved, the project would have seen southern England and northern France merged into a territory called “Arch Manche” complete with its own flag.

It would have also “wiped the UK off the map”.

Needless to say there has been some excellent reaction to the piece.

I'm in, who's with me? pic.twitter.com/KTxvXiogrA

I think the Express have outdone themselves https://t.co/aeAN5FSyS0

I would dearly like to get my hands on a little bit of whatever The Express is snorting. pic.twitter.com/dN5kBH5gOy