Boris Johnson did not come outside to greet Estonian Prime Minister Kaja Kallas in a marked break from protocol. 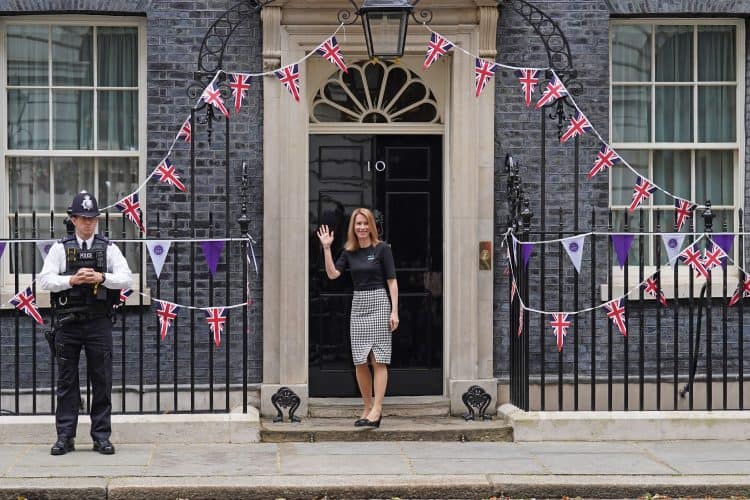 The Prime Minister did not greet his Estonian counterpart outside the door of Number 10, seemingly to avoid journalists ahead of the confidence motion on Monday night.

Estonian prime minister Kaja Kallas was visiting Downing Street to speak to Boris Johnson about strengthening the Nato alliance against Russian aggression, and she did not receive a handshake outside in a marked break from protocol.

Ms Kallas instead waved to cameras on her entrance and spoke briefly with the press after their meeting, which lasted around 20 minutes and was mostly in private.

When asked by the PA news agency how Mr Johnson appeared to be feeling, Ms Kallas paused for a moment before saying: “The mood was good.”

After the meeting a picture of her standing outside Number 10 also used the amusing headline: “Estonia’s Popular PM @KajaKallas Quits Job, Replaces Sinking Boris Johnson At Head Of UK Government.”

It was a satirical story from Le Chou News and she responded with a smiley emoji.

Let’s be honest she couldn’t be any worse than the person currently hanging onto the job inside!