Why do bankers get bailouts and tax cuts?

A new report reveals how the extent to which bank lobbyists have hijacked British politics. 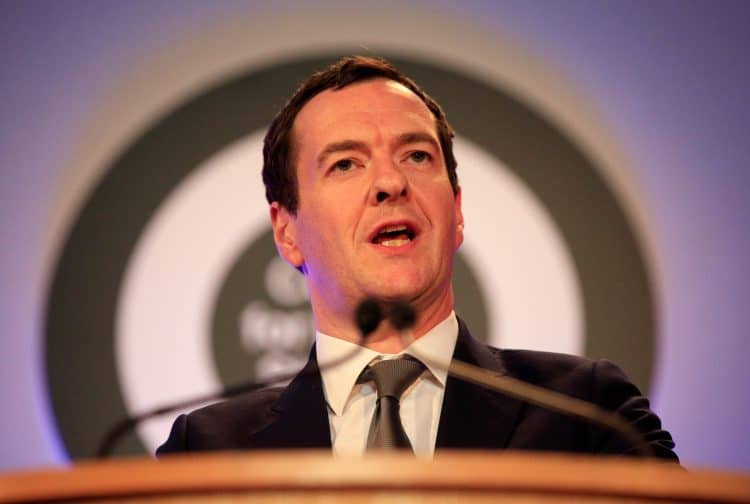 The financial sector has spent nearly £18 million on influencing British politics in the past two years, shocking new research has uncovered.

Financial institutions and individuals with close ties to the financial sector donated a total of £15.3 million to political parties – and spent £2.3 million directly on MPs – between January 2020 and December 2021, according to campaign group Positive Money.

Of those MPs who recorded work in exchange for payment, the average hourly wage was nearly £3,000 per hour.

A staggering one fifth of peers in the House of Lords have registered paid positions at financial institutions – including over half of peers on the committee responsible for investigating economic and financial issues, it revealed.

The group found that every single former Chancellor of Exchequer in the past 40 years has gone on to take up paid positions in the financial sector after leaving office – despite just three having worked there beforehand.

And, in the past decade, financial institutions that hired a former Chancellor benefitted from a 59 per cent average increase in meetings with government departments.

In a new report – The Power of Big Finance – Positive Money recommends a slew of policies to lessen the City of London’s influence over British politics.

These include banning second jobs for MPs, with the exception of public service roles – and capping the amount they can be paid for speeches.

Among the other recommendations are a cap on political party donations, instigating bans on lobbying for ministers, civil servants and independent regulators.

In a statement, Positive Money said: “If we are to genuinely ‘level up’ the UK and remedy the inequalities dividing our society, we must reclaim our democracy from big finance, and put in place the regulations and reforms that will align our financial system with the public interest, and invest in a fair and sustainable economy for all.”