It comes as Green campaigners have reacted angrily to the appointment of Jacob Rees-Mogg as Business Secretary where he will be in charge of the energy and climate brief. 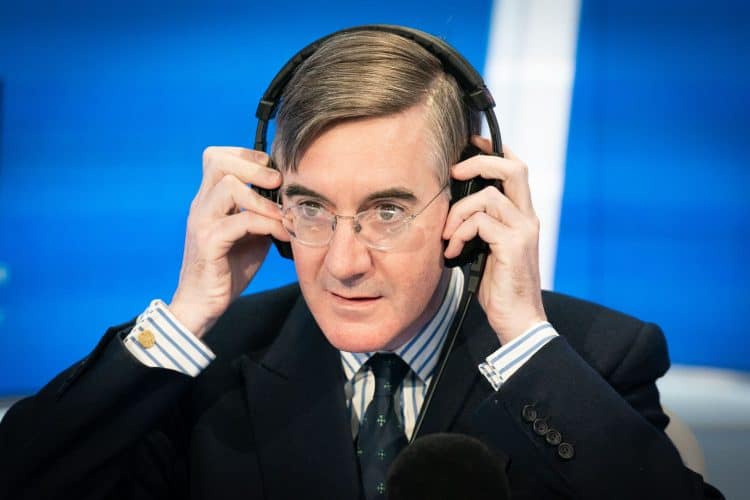 The UK.’s new secretary of state for business, energy and industrial strategy Jacob Rees-Mogg has released a video where he pledges to focus on the extraction of fossil fuels.

It comes as Green campaigners have reacted angrily to the appointment of Jacob Rees-Mogg as Business Secretary where he will be in charge of the energy and climate brief.

Mr Rees-Mogg has previously played down the earthquake risk of fracking and stressed the need for oil firms to be able to keep their profits amid calls for a windfall tax to ease spiralling bills “so they get every last drop out of the North Sea”.

He has also warned against “climate alarmism” and said he wants his constituents to have cheap energy “rather more than I would like them to have windmills”.

His appointment to lead the Department for Business, Energy and Industrial Strategy (Beis), which is also responsible for climate action, comes as UK households and businesses face crippling energy bills caused by sky-high gas prices in the wake of Russia’s invasion of Ukraine.

The Government has also lifted the moratorium on fracking in a controversial move to stimulate more domestic gas supplies.

More properly known as hydraulic fracturing, fracking is a process by which liquid is pumped deep underground at high pressure to fracture shale rock and release gas or oil trapped within it.

– How much potential is there for developing shale gas and oil in the UK?

Assessment by the British Geological Survey (BGS) suggested there are an estimated 1,300 trillion cubic feet of shale gas resources in the Bowland Shale across northern England.

Estimates from 2013 for the size of the Bowland Shale reserve found it could potentially provide up to 50 years of current gas demand.

But a study published in August 2019 by the University of Nottingham and BGS suggested there may be less than 10 years’ gas at current levels of demand.

There are “modest” shale gas and oil resources in Scotland, with an estimated 80 trillion cubic feet of gas and six billion barrels of shale oil in the Midland Valley stretching across Scotland and including Glasgow and Edinburgh.

There is an estimated 4.4 billion barrels of shale oil in the Weald Basin in southern England.

But it is not known how much of the resources can be extracted, with exploitable reserves thought to be much lower than the total estimated oil and gas.

– Why is fracking controversial?

The process has been mired in controversy since it hit the headlines in 2011 for causing two minor earthquakes in Lancashire, prompting a temporary ban on fracking in the UK.

The ban was later lifted, with controls put in place to prevent tremors, but fracking continued to attract opponents who feared it could also cause water contamination, as well as generate noise and traffic pollution at the drill sites.

Environmentalists warned that pursuing new sources of gas – a fossil fuel – is not compatible with efforts to tackle climate change, and the focus should be on developing cleaner sources of energy such as renewables.

A new moratorium was imposed on fracking after a series of earthquakes at the UK’s only shale wells at Preston New Road, Lancashire, in 2019.