The plant and surrounding areas have been repeatedly hit by shelling that Russia and Ukraine blame on each other. 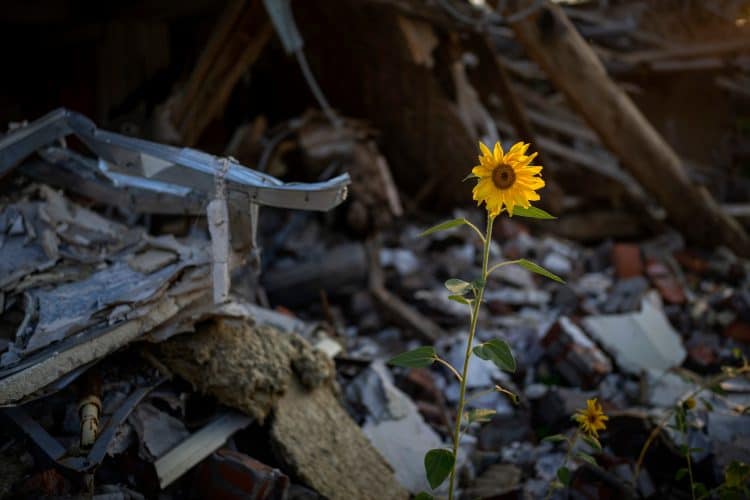 Europe’s largest nuclear power plant is operating in emergency mode for the fifth straight day due to the war in Ukraine, prompting the head of the UN atomic watchdog to call for the establishment of an immediate safety zone around it to prevent a nuclear accident.

The six-reactor Zaporizhzhia nuclear power plant came under the control of Russian forces early in the war but is being operated by Ukrainian staff.

The plant and surrounding areas have been repeatedly hit by shelling that Russia and Ukraine blame on each other.

It is receiving power for its own safety systems from the only one of the six reactors that remains operational.

Energoatom, the state nuclear operator, said on Friday that repairs to the outside lines are impossible because of the shelling and that operating the plant in what is called an “island” status carries “the risk of violating radiation and fire safety standards”.

“Only the withdrawal of the Russians from the plant and the creation of a security zone around it can normalise the situation at the Zaporizhzhia NPP. Only then will the world be able to exhale,” Petro Kotin, the head of Energoatom, told Ukrainian TV.

Earlier, Mr Kotin told the Associated Press that the only operating reactor “can be stopped completely” at any moment, and as a consequence the only power source would be a diesel generator.

There are 20 generators on site and enough diesel fuel for 10 days.

After that, about 200 tons of diesel fuel would be needed daily for the generators, which he said is “impossible” while the plant is occupied by Russian forces.

Rafael Mariano Grossi, the director of the International Atomic Energy Agency (IAEA), said on Friday there was little likelihood of re-establishing reliable offsite power lines to the plant.

“This is an unsustainable situation and is becoming increasingly precarious,” Mr Grossi said.

He called for an “immediate cessation of all shelling in the entire area” and the establishment of a nuclear safety and security protection zone.

“This is the only way to ensure that we do not face a nuclear accident,” Mr Grossi said.

Fighting continued on Friday in southern and eastern Ukraine and in the north, where Ukraine claims to have recently pushed Russian forces out of some areas.

Russian planes bombed the hospital in the town of Velika Pysarivka, on the border with Russia, said Dmytro Zhyvytskyi, governor of the Sumy region.

He said the building was destroyed and there were an unknown number of casualties.

In the Donetsk region in the east – one of two that Russia declared to be sovereign states at the outset of the war – eight people were killed in the city of Bakhmut over the past day and the city is without water and electricity for the fourth straight day, said governor Pavlo Kyrylenko.

Four people were killed in shelling in the Kharkiv region, two of them in the city of Kharkiv, Ukraine’s second-largest, according to regional governor Oleh Syniehubov.

Ukraine this week claimed to have regained control of more than 20 settlements in the Kharkiv region, including the small city of Balakliya.

Kremlin spokesman Dmitry Peskov on Friday refused to comment on the alleged retaking of Balakliya, redirecting all questions about it to the Russian Defence Ministry.

But Vitaly Ganchev, the Russian-installed official in the Kharkiv region, confirmed on Friday that “Balakliya, in effect, is not under our control”.

Mr Ganchev said “tough battles” were continuing in the city and that Russian forces were attempting to expel the Ukrainian troops.

Ukraine’s National Guard on Friday also confirmed the recapture of Volokhiv Yar, a village 19 kilometres (11 miles) away from Balakliya.

Ukraine’s presidential adviser Mykhailo Podolyak told Ukrainian television that Ukrainian forces are trying to retake control of Kupianksk – a key city in the Kharkiv region through which Russian troops are receiving all their supplies.

“It is a key transport hub which we need to retake, and then see after that whether we should go north or a bit further down south, thus tearing apart this group of Russian troops” and preventing them from replenishing their supplies, Mr Podolyak said.

Helicopters and fighter jets streaked over the rolling plains of the Donetsk region, with the jets heading in the direction of Izium, near where Ukrainian forces have been carrying out a counter-offensive in the Kharkiv region.

The jets fired flares while black smoke billowed in the distance.

Related: ‘Every principle of nuclear safety has been violated:’ Ukraine power plant ‘completely out of control’